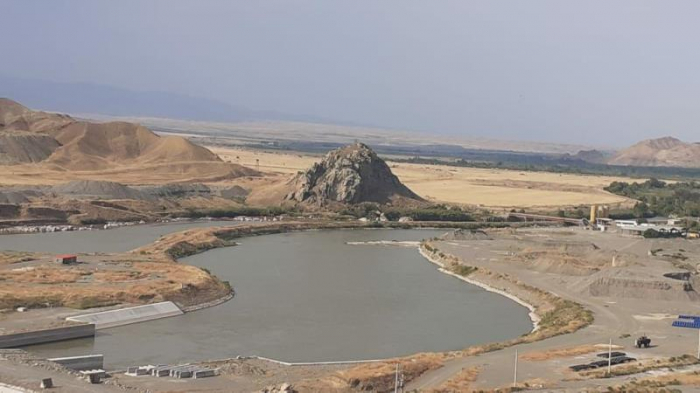 The issue of construction of new water pipelines in the Azerbaijani territories liberated from the Armenian occupation is being considered, Deputy Prime Minister Shahin Mustafayev said during a trip to the country's liberated Aghdam district on Wednesday, AzVision.az reports.

He noted that the development of agriculture in the liberated territories is one of the main spheres. “In this context, the provision with irrigation water is a priority. In this regard, additional measures will be taken."

Mustafayev said the construction of new canals is also being considered.

“Azerbaijan may build a new water canal from Giz Galasi reservoir and take 50 cubic meters of water from the reservoir per second. We will begin the design work to ensure irrigation by using these opportunities,” the deputy premier added.