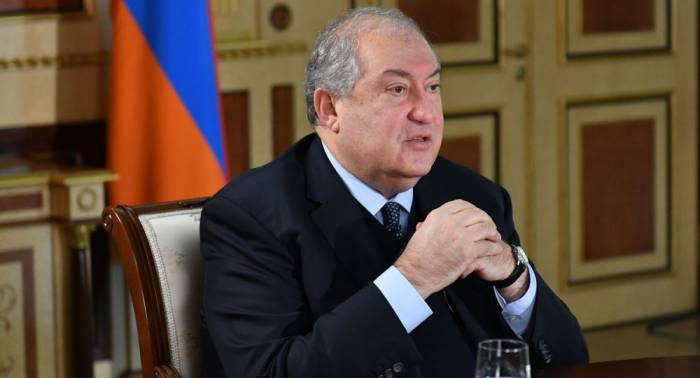 Practice of parliamentary republic showed that the president must rule the country, Armenian President Armen Sargsyan said in his interview to "El Pais", AzVision.az reports citing the Armenian media.

He said that 25 blocs took part in the parliamentary elections. However, practically there are not real parties in the country. They only exist during the period of the elections and then disappear. There is no ideology and system.

Sargsyan emphasized that Armenia was part of the Russian empire and then the USSR. The concept of presidential authority, not parliamentary authority still exists in public opinion.

"The European organizations suggested the development of parliamentary democracy to Armenia. However, the majority of people are not close to it. The constitution of 2015 turned the country into the republic of prime minister, not the parliamentary republic," Sargsyan said.

Sargsyan recalled that the party led by PM promised to change the constitution:

"If they do it, parliament will strengthen. Parliament must represent citizens, not the prime minister."