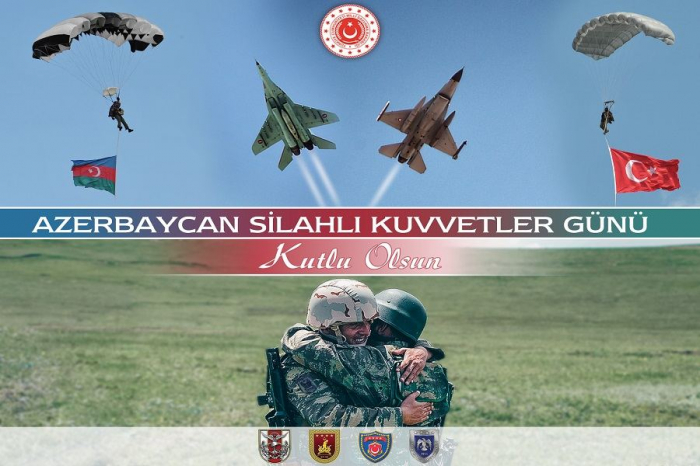 ""On this special day, we congratulate the Azerbaijani Armed Forces, heroically and selflessly guarding the security of the brotherly people. We are proud and happy with the struggle of the Azerbaijani army, which liberated its historical lands in Karabakh from Armenian occupation," the ministry wrote.

Today Azerbaijan marks the Day of the Armed Forces.

The Azerbaijan Democratic Republic (ADR), created in 1918, existed only 23 months, but it managed to do a lot over this short period of time, including the creation of its own armed forces.

According to Azerbaijani president’s decree dated May 22, 1998, June 26 was declared the Day of the Armed Forces.