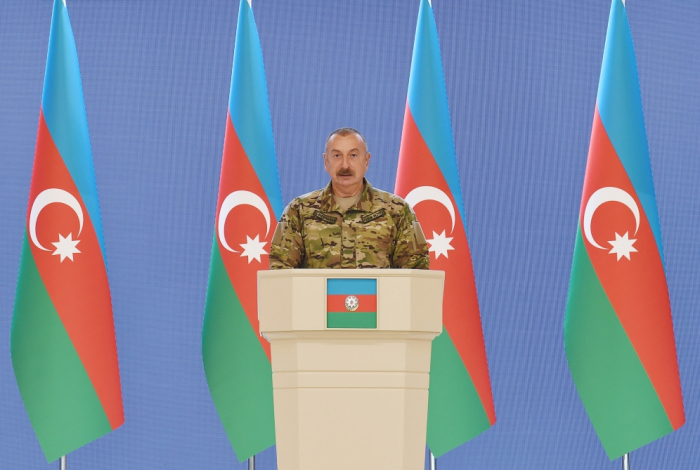 "We have already avenged the blood of the martyrs of the first and second Karabakh wars. We exacted our revenge on the battlefield. But at the same time, Armenia must understand that Azerbaijan will continue to grow, and this is beyond doubt. Our military strength will increase as well," President Ilham Aliyev said.

"After the war, relevant instructions were given, new contracts were signed and the process of purchasing new weapons, equipment and machinery based on modern technologies continues. The structural reforms of our Armed Forces have been approved. I can say that the number of our Armed Forces personnel will be increased. We will, of course, increase our military strength by properly analyzing the results and course of the second Karabakh war. Armenia, on the other hand, will not be able to restore not only its military power and its crushed army. If they do not renounce their hostile policies against us, they will have a very limited chance of restoring any economic activity. So we will continue to grow stronger," the head of the state said.