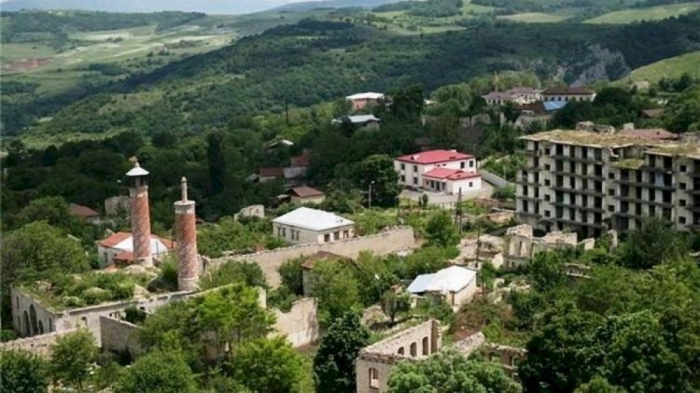 The Working Group on Environmental Issues of the Interdepartmental Center, functioning under the Coordination Headquarters, held a regular meeting.

The working group was created with the aim of the centralized solution of issues in the territories of Azerbaijan, previously liberated from Armenian occupation.

The meeting, held in video format, was attended by representatives of the Working Group on Economic Issues, representatives of the Presidential Administration, the Ministries of Economy, Finance, Energy, the Central Bank, the State Tourism Agency, the Karabakh Revival Fund, the Mortgage and Credit Guarantee Fund.

During the meeting, the issue of organizing a trip to the Kalbajar and Lachin districts of businessmen in July to open food, pharmaceutical stores, ATMs, etc. to meet the primary needs of people working and serving in the liberated territories, the importance of preparing a program and a route, as well as ensuring security issues, were discussed.

A representative of the ministry made a report on the work carried out by the Ministry of Economy in order to implement the measures provided for by the Strategic Action Plan approved by the Coordination Headquarters.

According to the report, to this day, in Jabrayil, Fuzuli, Gubadly, Zangilan, Aghdam, Khojavand, Tartar, Khojaly and Kalbajar districts, as well as in Shusha city, work has been completed on field inventory of 13,307 real estate objects (10,483 buildings and 2,824 infrastructural objects).

"Also, the initial inventory of 1,525 km of roads, 292 km of power transmission lines, 45 km of gas supply lines, 19 km of water supply lines, 249 km of irrigation network has been completed. On the basis of orthophoto maps, a land area of ​​533,000 hectares has been vectorized and entered into the electronic information base," the report reads.

Also, in 177 settlements of 10 districts, work on the primary inventory of real estate has been completed, in two settlements the work will continue. It has been revealed that 409 settlements have been totally ruined.

In addition, cooperation has started with local and foreign experts to assess the economic potential of the liberated territories and establish areas with a comparative advantage. In this direction, joint relevant work is being carried out by the Institute of Economics of the Azerbaijan National Academy of Sciences and the Boston Consulting Group consulting company.

To restore and reconstruct the liberated territories, integrate them into the country's economy, ensure sustainable and balanced development, achieve social well-being that meets high standards, the Ministry of Economy, taking into account the conclusions of the appropriate state structures, has prepared a draft State Program for the restoration and sustainable development of the liberated territories of Azerbaijan for 2021-2025.