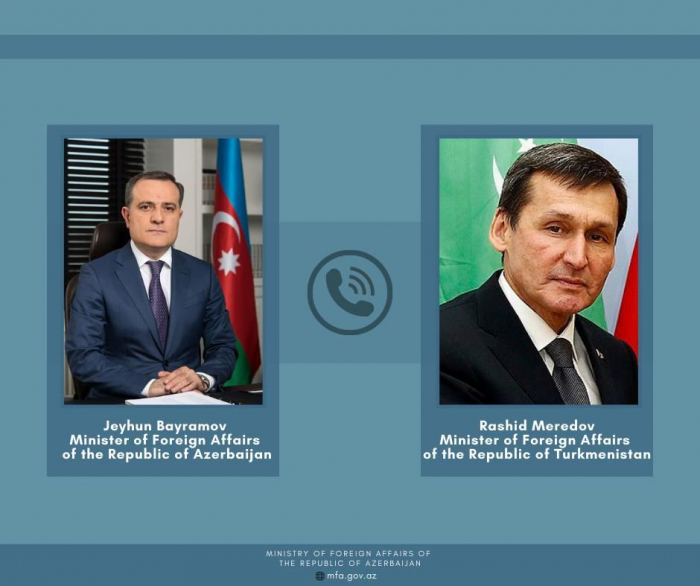 During a telephone conversation, the ministers exchanged views on topical issues on the agenda of bilateral cooperation, including the further strengthening of traditionally friendly relations.

The ministers also discussed issues of regional security and expanding cooperation within the framework of international organizations.

The importance of the summit meeting planned for this year between Azerbaijan, Turkmenistan and Turkey was emphasized.

During the conversation, other issues of mutual interest were discussed.