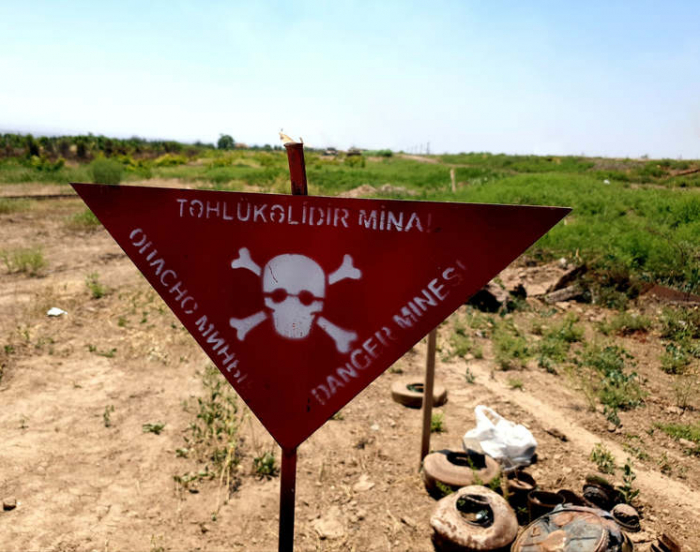 David Laszlo from ‘Madyar Nemzet’ was among the Hungarian reporters, who recently visited the liberated regions of Azerbaijan. Returning to his homeland, Laszlo prepared a report on the results of his visit. The first of a series of articles before his trip was "Be careful in the mined area!".

The author wrote that Azerbaijan’s military victory is only the first step taken by Baku in Karabakh. As a result of the 44-day war, Armenian servicemen fled. However, Azerbaijani refugees have not been allowed to return to their homes. The territory, in which their ancestors live is dangerous: anti-personnel and anti-tank mines, explosives, unexploded ordnance and missiles… According to approximate calculations, there are hundreds of thousands of “war souvenirs” in Karabakh.

In a conversation with David Laszlo, the Azerbaijani sapper said: “Everything here is different from the movie! There is no crash that scares the soldier to death. You should run forward when bullets are whistling around. A jumping "frog" is a very dangerous mine.”

According to media agencies, 20 civilians and seven soldiers have been killed, 86 soldiers and 29 civilians have injured since the ceasefire.

The journalist writes: “I have heard the sounds of war and death. The sappers destroy 30 mines at a time. As a result of deafening, but short detonation, the column of flame and smoke rises to a height of 8-10 meters. However, not all explosive devices are destroyed.