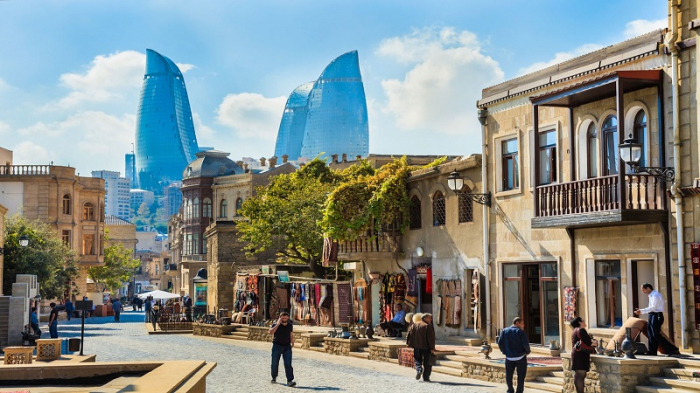 A meeting with representatives of the creative community on the issue of the 2017-2020 TRIZ International Competition (Theory of Inventive Problem Solving) achievements held on July 2, 2021, at the Maksud Ibragimbekov Creativity Center, AzVision.az reports.

The aim of the competition is to form cognitive motivation, creative thinking among schoolchildren, students, teachers, and creative artists.

The founder of TRIZ is the Baku science fiction writer and inventor Heinrich Altshuller, who initiated the creation of the world's first Institute of Invention in Baku in the 70s with the support of Heydar Aliyev.

Anna Ibragimbekova, Director of the M. Ibragimbekov Creativity Center, addressed the guests with an opening speech.

Information was provided on some projects of the center.

At present, the center jointly with the Ministry of Education is developing the second stage of the Competition among Baku city secondary schools for the best essay, based on the writer Maksud Ibragimbekovs fantasy novel "Occupied Place".

Further, the guests were shown a film about the work of the writer Maksud Ibragimbekov and a presentation about the activities of the TRIZ author, science fiction writer Heinrich Altshuller.

Director of NG Creators Club, representative of the International Association "TRIZ Developers Summit" in Azerbaijan Natig Aliyev on behalf of the association, its organizers Mikhail and Natalia Rubin, congratulated the winners of the TRIZ International Competition and handed Letters of thanks to the participants of the meeting.

Letters of gratitude were presented to: Anna Ibragimbekova, Director of the M. Ibragimbekov Creativity Center, Coordinator of Educational Programs in Azerbaijan of the Russian Federal Agency for the Commonwealth of Independent States Affairs, Compatriots Living Abroad, and International Humanitarian Cooperation (Rossotrudnichestvo), Chairman of the Association of Russian-speaking Educational Institutions of the Republic of Azerbaijan Lyubov Yakunina, Representative of the Azerbaijan-Israel Association in Azerbaijan Vahid Bayramov, Member of the Union of Photographers of Azerbaijan, Art Director Rustam Huseynov, Representative of the M. Ibrahimbekov Art Center Leila Guliyeva.

Letters of gratitude will be presented to: Deputy Head of the Office of the Ministry of Education of Azerbaijan Narmina Aliyeva, Member of the Union of Writers of Azerbaijan, science fiction writer Alexander Khakimov, representative of the editorial office of the Zerkalo newspaper Irada Asadova.

In his address to the guests, Professor of the Turkish Nishantas University, Chairman of the Board of the Innovation Management & TRIZ Institute (IMTI) Ali Bey Kutvan informed guests about the goals and objectives of the First International TRIZ Conference, held in the homeland of TRIZ Master G. Altshuller in April 2019, in the city of Baku. TRIZ Masters from Turkey, Russia, the USA, Israel, Great Britain, Netherlands, India (triz.az) took part in the conference.

In conclusion, the Creativity Center of M, Ibragimbekov and the NG Creators Club announced the initiation of a new project, an annual competition for the best essay based on the works of science fiction writers, as well as the works of the students themselves in the genre of fantasy.