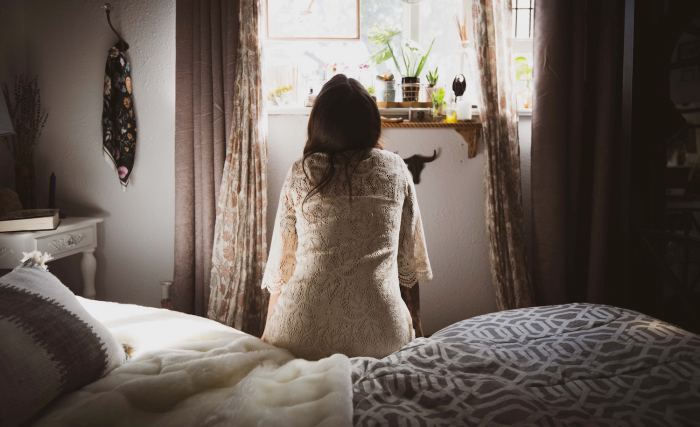 Many assumed that introverts would thrive during the solitary life of lockdown. Yet many are reporting enormous relief at their return to socialising.

For many, the pandemic lockdowns represented a dark cloud with no silver lining. But there was one group that was commonly believed to benefit from the enforced isolation: introverts.

Writer Jon Ronson was among the first to raise this possibility. “For introverts, self-isolating is no big deal, so I actually think we’re going to be fine,” he told BBC Newsnight on 20 March 2020. “The people I’m worried about are extraverts and the people who aren’t used to this kind of situation.”

Ronson’s views were shared by many others across the world. A journalist at the news site Bloomberg declared that introverts would find the experience of lockdown “liberating”.  Reuters ran with the headline “No parties, no problem: Introverts don't mind sheltering at home”. One columnist for the Daily Telegraph in Australia even chastised the “introvert pride” movement for “taunting” extraverts with their unalloyed enjoyment during the crisis. “Get some perspective. Please,” he wrote.

The reality, however, turns out to be far different. Psychologists have now tested the influence of personality on people’s mental health during the pandemic – and their results suggest that introverts found it much harder to cope with the isolation than many had expected. Besides highlighting some common misconceptions about different personality types and their need to socialise, the insights from these studies can help us all to navigate life post-lockdown, as we start to mingle once again.

First, a reminder of these traits’ scientific definitions. Introversion and extraversion are extreme points of the same spectrum, which psychologists can measure by asking people to rate statements about themselves on a scale of 1 (disagree) to 5 (agree strongly). They include:


If you agree more with the first set of statements, and disagree with the second set, then you would lie towards the introverted end of the spectrum; if your answers follow the opposite pattern, you are more extraverted. (Those who lie in the middle, like me, are “ambiverts” – a little bit of both.) Note that introversion and extraversion aren’t necessarily related to shyness. Introverts simply find solitary activities to be more interesting and energising, and busy social events draining, whereas extraverts prefer to look for stimulation outside themselves.

Based purely on these definitions, it would certainly make sense for introverts to enjoy the quiet of lockdown – yet previous research, conducted before the pandemic, had already suggested reasons that this might not be the case.

Social connections are a basic human need… Being an introvert doesn't mean you don't want to socialise at all - Danièle Gubler and Katja Schlegel
It had long been known, for instance, that introverts tend to experience more intense emotions, and they find it harder to regulate those feelings and to adjust to new situations. This means they tend to have poorer emotional wellbeing. Such tendencies may have made them more vulnerable to the stress of the pandemic.

Then there’s the nature of the isolation during lockdown. Enforced social distancing would have felt quite different from introverts’ typical lifestyle, in which they were free to pick and choose when and how they met people, and to moderate the time spent socialising according to their moods.

Psychologists Danièle Gubler and Katja Schlegel, both at the University of Bern, Switzerland, say, “Social connections are a basic human need… Being an introvert doesn't mean you don't want to socialise at all.”

Despite the commonly trumpeted assumptions, from a scientific point of view, it was far from clear that introversion would offer the kind of protection that so many had expected.

Gubler and Schlegel were among the first psychologists to test the way personality influenced people’s reactions to the pandemic. In late March and early April 2020, they recruited 466 Swiss participants for an online survey that measured personality traits and various measures of psychological wellbeing. Their analyses, published late last year, showed that the extraverts and introverts in their sample showed barely any differences in loneliness, anxiety and depression. Everyone seemed to be suffering equally.

Maryann Wei at the University of Wollongong, Australia, meanwhile, examined 114 participants from the US, UK Canada, Australia and Germany between late April and early May 2020. She found that introverts were fairing significantly worse than the extraverts, with greater loneliness, anxiety and depression during this time period.

The same patterns appeared in a study by Anahita Shokrkon, a PhD student at the University of Alberta. Surveying more than 1,000 people across Canada in June and July 2020, she found that extroverts had consistently better mental health than introverts, despite the many restrictions that were limiting their socialising. Her results were published on 19 May 2021.

Shokrkon points out that extraverts may have had bigger friendship groups before the pandemic, and – even if they could not see them face-to-face – would have been able to enjoy some of that social support remotely, through Zoom or WhatsApp. “These strong friendships that they had before the pandemic, were perhaps the most important thing that helped them get through the difficult situation,” she says. As an extravert herself, she says she was quick to organise events – such as group games online – that created a sense of connection. “The extraverts [still] found a way to connect with people.” Introverts, in contrast, may have had less social capital to start with, and then struggled to find new ways to maintain those relationships.

Posts across social media platforms suggest that, as many countries reduce their social distancing guidelines, many introverts have been pleasantly surprised by their increased opportunities to meet people face-to-face.

This is entirely to be expected, say Gubler and Schlegel. “People continuously shape their environment to match their needs or their personality, and we can therefore expect that both introverts and extraverts will be able to return to post-lockdown life with the degree of social interaction that feels comfortable to them”. “And many individuals are probably happy to replace rather exhausting Zoom meetings with actual social interactions.”

Shokrkon agrees. “Extraverts will probably be more excited about Covid-19 restrictions being lifted,” she says. “But I'm absolutely sure [that introverts] want to have the option of choosing whether to go to parties and social gatherings or not.”

Many organisations are encouraging their employees to continue working remotely, at least part of the time. This may make the transition easier, says Shokrkon – rather than immediately returning to all the face-to-face meetings and busy office chatter that they would have endured previously. “Introverts should use this period to readjust and to make their way slowly back into their social life.”

For introverts, extraverts and everyone in between, there may be no better time to reassess the kind of lifestyle we want, whether that’s in solitude or in company – and to try to find the balance that best suits our unique personalities.