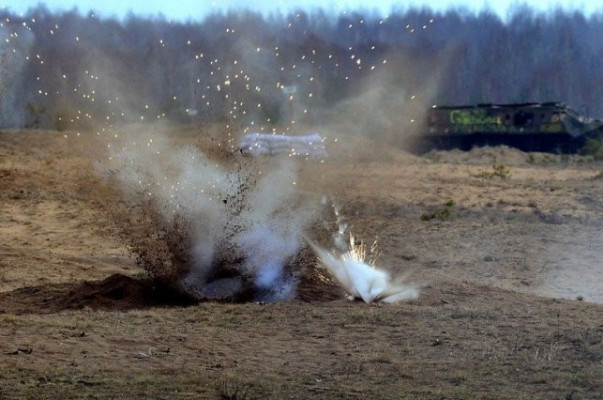 The Azerbaijani Fuzuli District Prosecutor's Office filed a criminal case in connection with two civilians suffered as a result of the mine explosion, AzVision.az reports with reference to the district prosecutor's office.

The employees of the prosecutor's office and the police, with the participation of specialists from the National Agency for Mine Clearance of Territories of Azerbaijan, reviewed the scene of the incident.

A criminal case was initiated in the Fuzuli district prosecutor's office upon Articles 120.2.4 (murder committed with special cruelty or in a dangerous way), 29, 120.2.7 (attempted murder of two or more people), and other articles of the Azerbaijani Criminal Code.

At present, intensive investigative and operational actions are being carried out.