Statelessness in a Pandemic - OPINION 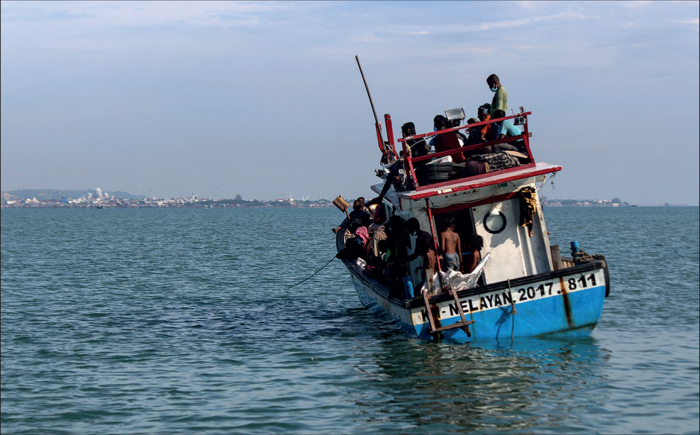 Today, an estimated 15 million people are stateless, and tens of millions more are at risk of losing their nationality. This leads to exclusion and deprivation in every facet of life – with consequences that have become even direr during the coronavirus pandemic.

Maijaan Nessa, a 38-year-old Muslim woman, was born in India to Indian parents. She has lived there, in the state of Assam, all her life. But, seven years ago, she was declared a foreigner, arrested, and detained. While she languished in detention, her distraught eldest son died by suicide. Despite this devastating personal tragedy, and the barriers created by poverty and illiteracy, her Bengali Muslim husband and the rest of her family continued to fight for her release until, almost five years after she was first detained, Maijaan was freed. But her status is far from secure.

Maijaan is a victim of a multi-year, politically motivated project to update the National Register of Citizens in Assam in a way that excludes huge swaths of the population, mostly Muslims and people of Bengali origin. In 2019, when the NRC was “finalized,” 1.9 million people were officially declared to be non-citizens, as Maijaan had been. Suddenly, they were on the brink of statelessness.

Such “bureaucratic violence” is nothing new. From the Kurds in Syria in the 1960s to the Rohingya in Myanmar in the 1980s, minority groups have often been targeted by ethnicity-based citizenship laws.

In 2013, the Dominican Republic’s Constitutional Court issued a ruling that stripped nationality from tens of thousands of Dominicans of Haitian descent, in what has been described as “civil genocide.” In Kenya, members of minority communities must undergo demeaning and arbitrary vetting processes to obtain recognition as citizens and receive an identification card.

Members of majority communities probably cannot imagine having to prove their nationality to suspicious and hostile agents of the state in the country where they were born and raised. They take for granted basic documentation like birth certificates and identification cards, which can easily be presented to a questioning official.

And yet, for members of minority communities and those of migrant heritage, nationality is often tenuous, at best. Without documentation, citizenship can be nearly impossible to prove. And, as we have seen in Assam and elsewhere, it can simply be rescinded by discriminatory laws and practices.

Denial of nationality leads to exclusion and deprivation in all facets of life. When the COVID-19 pandemic began in early 2020, governments scrambled to protect their citizens with health care, economic support, and emergency relief. Stateless people were excluded and discriminated against, and, given disruptions to birth and civil registrations, access to nationality was even more constrained than usual.

Moreover, the stateless – who already endure endemic structural discrimination – were often scapegoated, vilified, and targeted for arbitrary detention and even expulsion from their own countries. As Maalini Ramalo of Development of Human Resources for Rural Areas Malaysia explained last year, fear of arrest and mistreatment left already-marginalized stateless communities “scared to go out to purchase their groceries, let alone access other basic emergency health-care assistance.”

More than a year after the pandemic began, little has changed. In fact, institutional and public indifference to the exclusion of the stateless, together with structural violence toward them, continues unabated. And new challenges are emerging, such as ensuring equitable access to COVID-19 vaccines.

Again, Maijaan is a case in point. She was freed because of the pandemic, which prompted the Indian Supreme Court to order the release of “foreigners” who had been detained for two or more years. But her family’s meager resources had already been depleted by costly legal fees. And, as a “foreigner,” she was not entitled to the modest support that the Indian government provided for citizens.

Furthermore, as a condition of release, Maijaan must report weekly to the local police, so she cannot earn a living as a migrant worker like her husband. If structural discrimination pushed Maijaan to the brink of poverty, the pandemic threatens to push her over the edge – all under the looming specter of statelessness.

Maijaan’s story is one of many documented in a groundbreaking new report, “Together We Can: The COVID-19 Impact on Stateless People & a Roadmap for Change.” The report is the work of a unique collaboration among a consortium of stateless activists, grassroots groups, and NGOs currently operating in 13 countries.

Grounded in the consortium members’ experiences and expertise, the report highlights the pandemic’s impact on stateless people’s rights – including the right to nationality, documentation, and legal status; the right to non-discrimination; the right to health; and civil rights – in countries from Bangladesh to Malaysia to Montenegro. The Roadmap provides a framework for reforms aimed at addressing institutional blind spots, engaging and consulting with stateless communities, and building back more inclusively.

The COVID-19 pandemic should spur governments, UN agencies, and international organizations to work directly with stateless people, respect their rights and be accountable to them, address the structural causes of statelessness, and ensure lasting change. The stateless people of the consortium, together with their partners, have shown how to do it. But they cannot carry the world down the right path alone.

Amal de Chickera is Co-Director of the Institute on Statelessness and Inclusion.