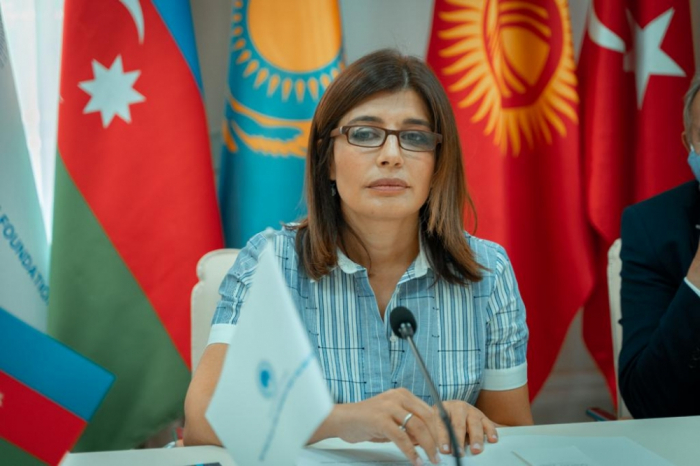 President of the International Turkic Culture and Heritage Foundation Gunay Afandiyeva has been interviewed by the authoritative Italian analytical information agency on culture and social issues “Lo Spessore" due to the 880th anniversary of the great Azerbaijani poet and thinker Nizami Ganjavi.

The representative of the portal, journalist Domenico Letizia tells about Azerbaijan at the beginning of the article. He notes that 2021 has been declared by President Ilham Aliyev as the "Year of Nizami Ganjavi". The journalist emphasizes that a number of anniversary events dedicated to the world-famous poet are held in the country, as well as around the world and notifies about the work done at the state level to promote his creativity.

Domenico Letizia writes that he got an interview with the president of the International Turkic Culture and Heritage Foundation Gunay Afandiyeva to understand the power of the influence of Nizami Ganjavi's creativity on new generations in the modern world.

Gunay Afandiyeva answered the journalist's questions about the literary heritage of Nizami Ganjavi, its importance from the point of view of multicultural values, as well as the significance of the great poet's creativity for the modern reader and the impact on the development of various fields of art.

In an interview, president of the Foundation stressed that the creativity of Nizami Ganjavi does not fit into the literary and geographical borders. She noted that such famous European scientists and writers as Goethe, Erich Fromm, Louis Aragon highly appreciated the work of the great Azerbaijani poet and thinker. Answering a journalist's question about the multicultural values in Nizami's creativity, the president of the Foundation said that the great poet was 800-900 years ahead of his time. She noted that Nizami Ganjavi, as much as he is a great Azerbaijani poet, is also a worldwide one. Citing examples from the poem "Seven Beauties", Gunay Afandiyeva emphasized that the poet instilled love for all peoples. She emphasized that "Khamsa" of the great poet is a concept of humanism and multiculturalism in general. The president of the Foundation also stressed that Nizami Ganjavi created a large literary school after himself. Gunay Afandiyeva noted that Nizami's creativity, both in its time and in the modern period, has made a great contribution to the development of various spheres of art - classical music, painting, miniature art and etc.