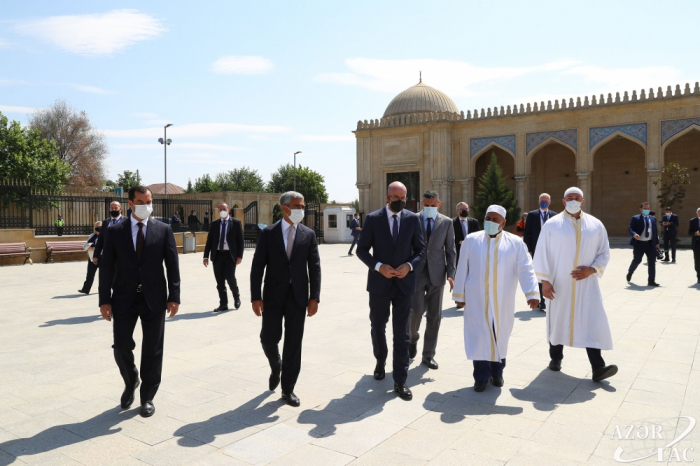 President of the European Council Charles Michel visited Shamakhi district during his working visit to Azerbaijan on July 18, AzVision.az reports.

The guest visited the Shamakhi Juma Mosque - one of the oldest Muslim temples in the South Caucasus and the Middle East.

Michel was met by Assistant to the Azerbaijani president Anar Alakbarov. 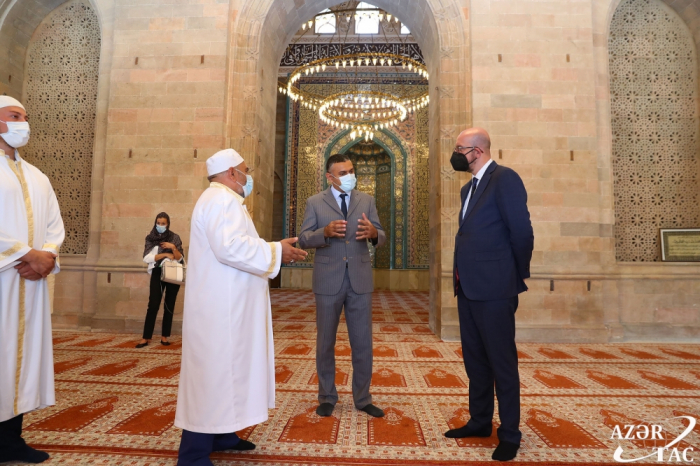 Worship leader of the mosque Markhamat Mustafayev informed the guest about the mosque. The mosque was built in 743, during the reign of Caliph Khalid ibn al-Walid, in honor of the arrival of his brother Muslim ibn al-Walid to Azerbaijan.

The guest also reviewed the museum in the courtyard of the mosque. The guest was informed that genocide was also committed in Shamakhi during the violent riots in March committed by armed Armenian Dashnak groups in 1918. 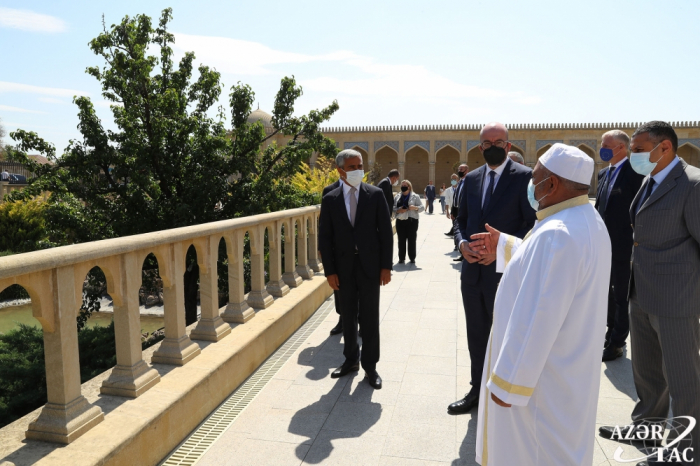 The biggest riot occurred in Juma Mosque. The Armenians, who saw that the inhabitants of Shamakhi hid in the house of Allah, set fire to the mosque and killed about 1,700 innocent people.

The mosque, which was not used for the intended purpose in Soviet period for obvious reasons, was under threat of destruction.

The guest was informed that this historical monument was repaired in 1980 upon the instructions and initiative of great leader Heydar Aliyev, who paid much attention to the development of Azerbaijan in all spheres, including the protection of its national and spiritual values.

The Shamakhi Juma Mosque State Historical and Architectural Monument was overhauled within the project of the Heydar Aliyev Foundation "Address of Tolerance - Azerbaijan". 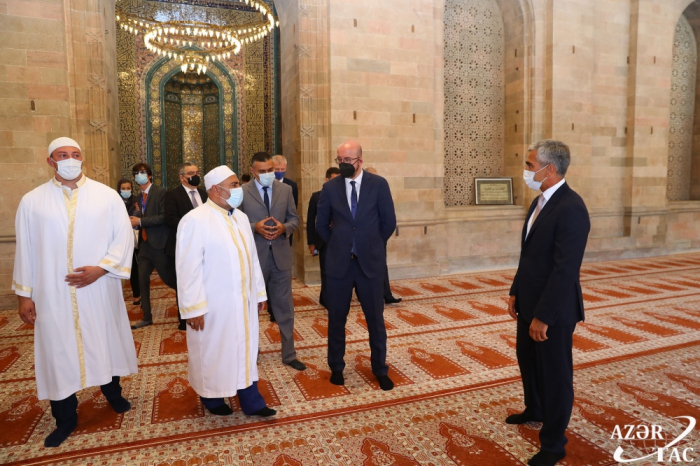 Medrese (educational institution), ancient cells and graves discovered during restoration work in the 1970s and 1980s have been preserved in their original form and restored. The improvement work has been carried out.

The opening ceremony of the mosque after restoration was held with the participation of President of the Republic of Azerbaijan Ilham Aliyev in 2013. 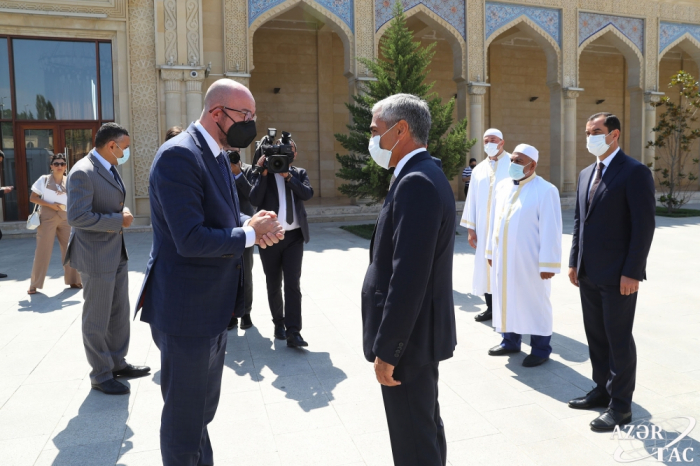 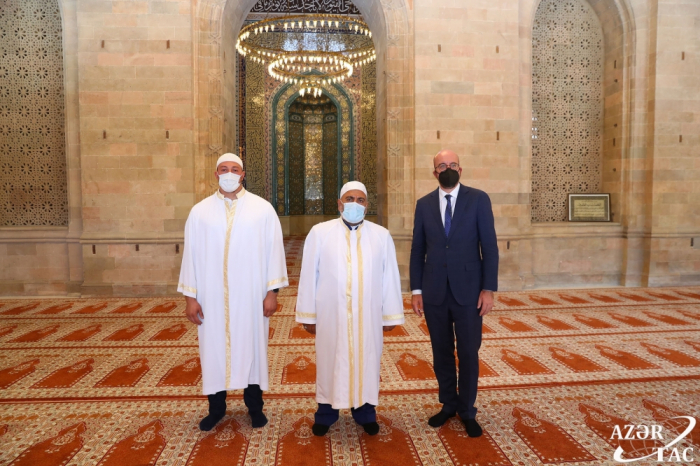