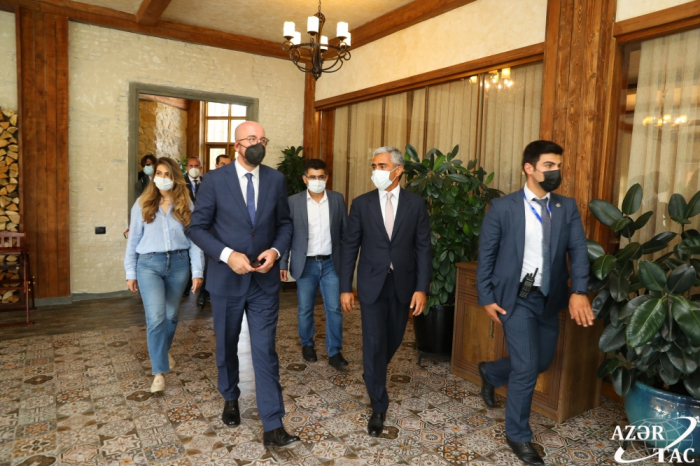 On 18 July, after visiting the Shamakhi Juma Mosque, President of the European Council Charles Michel attended the presentation of a number of projects and familiarized himself with the activities of “Shirvan Wines” LLC in the village of Meysari.

A presentation on the capabilities of the Baku International Trade Seaport was held for the President of the European Council.

Due to its modern infrastructure, carrying capacity and location, the port of Baku plays an important part as a transport hub between Europe and Asia and is important in the development and promotion of the Trans-Caspian International Transport Route.

The port closely cooperates with the European Union and various projects have been implemented since 2016. In this context, there is an ongoing exchange of experience with European partners on digitalization, port operations, management, human resources, the establishment of a regional training center in the port, labor and environmental protection, and public relations. It was noted that a lot had been done in the field of “Green Port” and digitalization of operations, and this cooperation would be continued.

One of the primary goals was to attract investors providing services through innovative technologies, contribute to the dynamic and sustainable development of the country's economy as a result of cooperation between these and Azerbaijani companies, as well as to create tens of thousands of jobs. The creation of this economic zone will pave the way for increasing government earnings and budget revenues and attracting new investment.

There was also a presentation of the EU-funded project on the “Expansion of the Community-Based Value Chain in the Greater Caucasus Mountains of Azerbaijan”. The high-ranking visitor was informed that the pilot area of the project, implemented by “Slow Food” in cooperation with the Azerbaijan Tourism Bureau, covers Sheki-Zagatala and five regions of the Mountainous Shirvan economic region – Shamakhi, Ismayilli, Gabala, Sheki and Gakh. “Slow Food” is an approach that promotes healthier nutrition based on delicious, clean and social principles, while also preserving the traditions of national and regional cuisine. The main goal of the project is to increase the income of local agricultural producers and contribute to the economic recovery of Azerbaijan’s rural communities by valuing gastronomic and cultural heritage.

After the presentation, there was a tasting of products.

President of the European Council Charles Michel also got acquainted with the activities of “Shirvan Wines” LLC in Meysari village of Shamakhi.

Assistant to the President of the Republic of Azerbaijan Anar Alakbarov informed the visitor that the total area of the viticulture and winemaking complex was 310 hectares. The winery with an area of 4,398 square meters was built on the basis of modern technology and provided with the equipment of French company “Pera”.

While reviewing the stand about the history of the plant's construction, the President of the European Council was informed that the company's goal was to produce 1.4 million liters of wine per year. Also, taking into account the tourism potential of the region, the organization of travel tours to the complex, and as a result, to contribute to wine tourism in Azerbaijan is one of the company’s goals.

President of the European Council Charles Michel tasted the wine produced at the enterprise. 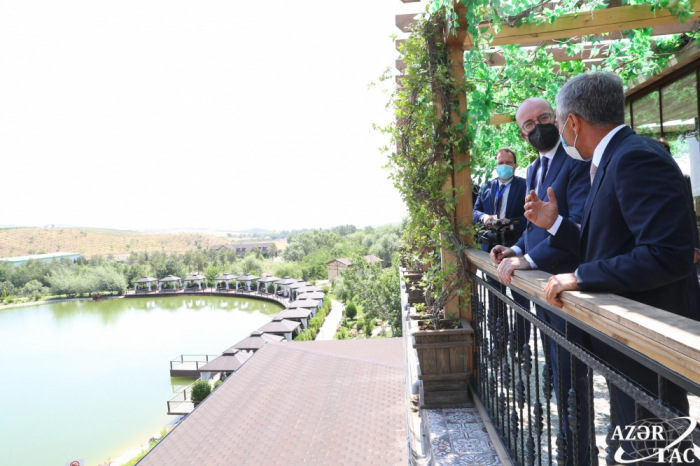 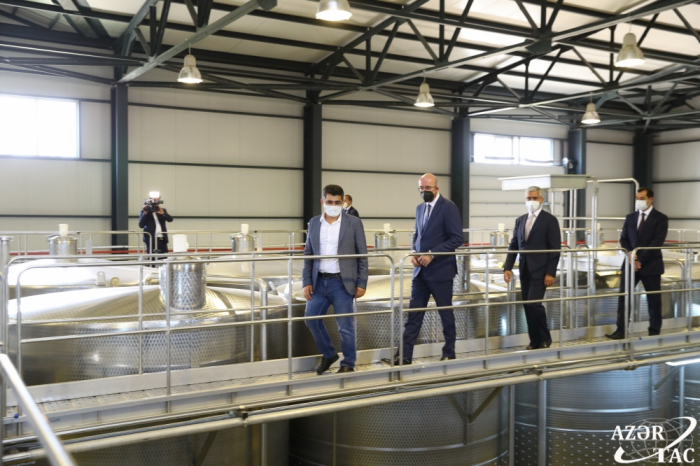 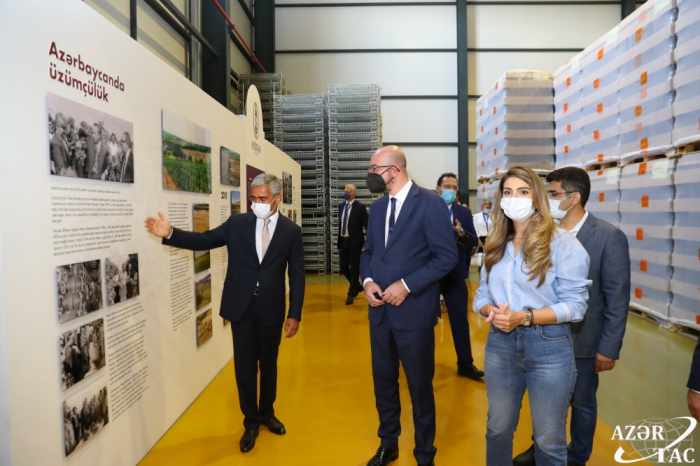 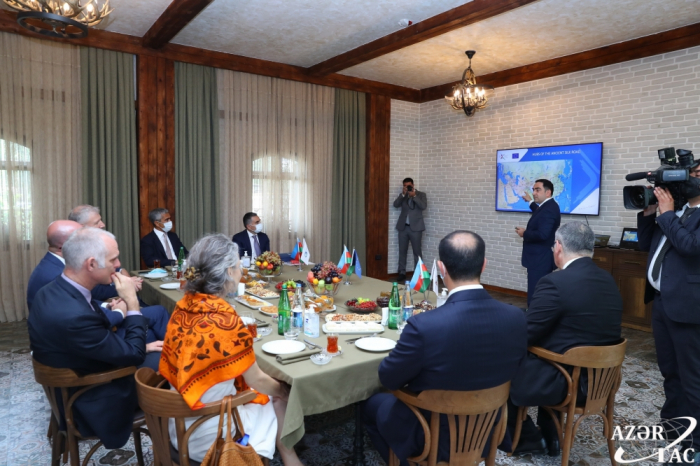 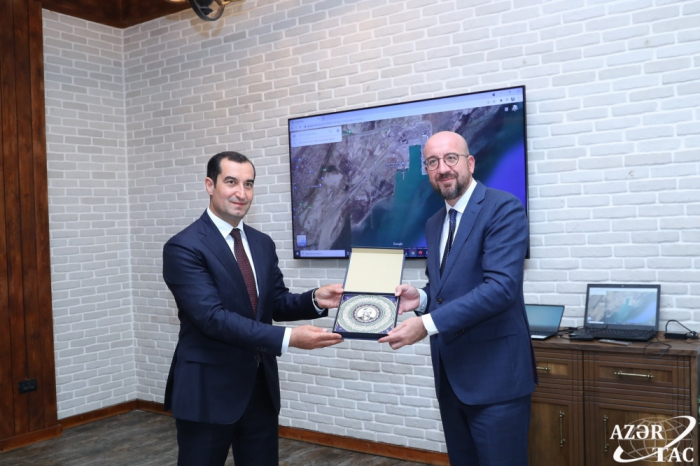