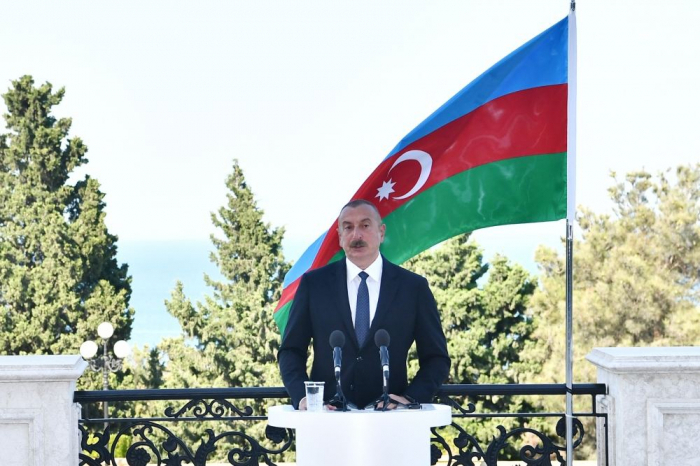 After the second Karabakh war there are new opportunities for opening of all communications in the region as it was provided by the trilateral agreement of November 10, last year, Azerbaijani President Ilham Aliyev said at a joint press conference with President of the European Council Charles Michel in Baku on Sunday, AzVision.az reports.

"So, this issue was broadly discussed today, as well as other issues of post-conflict development in the region, because this created a new situation, this created new realities," the head of state said.

President Aliyev stressed that Azerbaijan put an end to a long-lasting Armenian occupation of its territories.

"Azerbaijan itself implemented resolutions of the UN Security Council, demanding unconditional and full withdrawal of Armenian troops from our territories, and Azerbaijan has put an end to war. Therefore, now it is time to think about peace and to turn the page. We are ready for that," the president added.