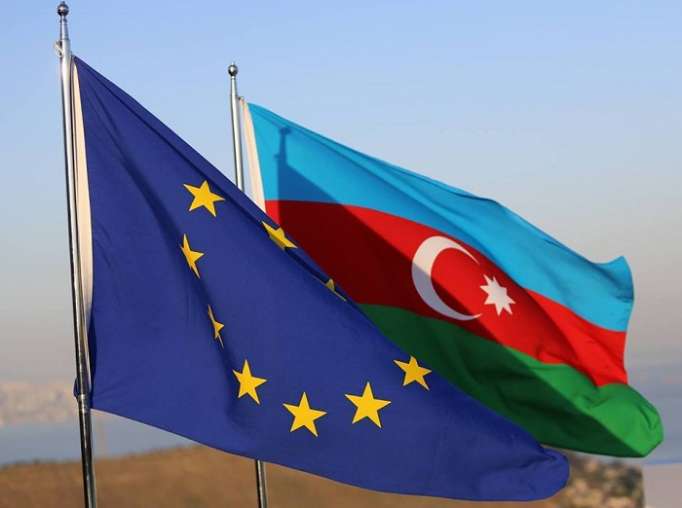 He noted that the EU is the most difficult political and economic project in the history of international relations.

According to the political scientist, an increase in the trade turnover between Azerbaijan and the EU in the current period is not an easy, but quite realistic task for a country with such potential.

“Part of the problem lies in the EU’s structure and activity dynamics. The EU is a very difficult partner, and many countries around the world complain about bureaucratic obstacles that hinder the development of what seems to be an objectively existing potential. There is interest, there are goods, there is money, and the coordination of details for each type of product drags on for years,” Korejba said.

“In this issue, it is necessary to take into account the fact that the EU is the most difficult political and economic project in the history of international relations, within the framework of which 27 member states must each time agree on each decision on the basis of consensus, that is, if at least someone for some reason does not approve the issue of trade quotas, customs duties or taxes, sanitary norms, technical standards, issues of intellectual property protection or certification, the Brussels bureaucracy simply postpones it until "later",” the political expert said.

Korejba noted that the reasons for disagreement can be very different, and it is necessary to work with each of these situations separately.

“The dark side is that the EU is a huge bureaucracy, within which there is a constant struggle for priorities and which sometimes simply loses its orientation in the dynamics and directions of its own activity. The good news is that there is no discrimination against Azerbaijan in trade matters. Other external partners, including the great powers (which are worth years of trade negotiations with China or the US), have become accustomed to the specific business culture of Brussels officials. Countries such as Poland are actively trying to propose changes in the practice of bureaucratic handling of trade issues, especially in relation to the EU's Eastern partners, but there is no general consensus on this subject and it will be very difficult to reach one in the near future,” the Polish expert said.

“So there is no other choice but to work under the conditions set by many years of practice. On the one hand, it is difficult from the point of view of common sense, on the other hand, this has certain advantages. Since almost any product approved for import into the EU is subject to many different regulations. Therefore it is necessary to study these regulations, implement them in relation to each product and allow the competent EU authorities to verify conformity according to a previously agreed procedure,” Korejba stressed.

“A big plus is that formal rules work in both directions, they often have a protective nature, and they are difficult to comply with, but if they are fulfilled, then it is very difficult to block the developed mechanism, for example, for political or ideological reasons,” the political scientist said.

“In order to increase trade, one needs to understand how the European bureaucracy works, forgive it for its shortcomings and take advantage of the opportunities. This requires endurance and motivation, but Azerbaijani-European cooperation is worth it. Strategic priorities are more important than minor bureaucratic obstacles, they should be perceived as prose life, and not as a principled position,” he added.