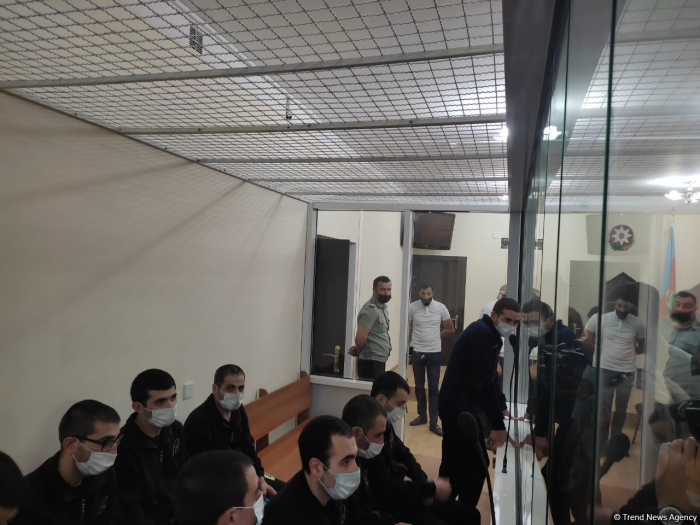 The trial on the criminal case of 13 members of an Armenian terrorist armed group ended in the administrative building of the Baku Court of Appeals, AzVision.az reports on July 22.

Each of the accused was sentenced to six years of imprisonment in a general regime corrective colony and after serving the sentence, they will be immediately expelled from the country.

The trial was chaired by a judge of the Baku Court on Grave Crimes Eldar Ismayilov.

Earlier during the trial, the prosecutor asked the court to exclude Articles 214.2.1, 214.2.3 from the indictment (terrorism committed by a group of people upon the preliminary conspiracy, by an organized group or a criminal association (criminal organization) by using firearms and items which are used as weapons), 279.2 (attack on enterprises, institutions, organizations or on individuals as part of armed formations or groups not envisaged upon the law).

The prosecutor called for the defendants to be found guilty upon Articles 318.2 (illegal crossing of the Azerbaijani state border by a group of people upon prior conspiracy or by an organized group) and 228.3 (illegal acquisition, transfer, sale, storage, transportation or carrying of weapons, accessories, ammunition, explosives, explosive devices committed by an organized group) and sentence each of them to seven years of imprisonment in a general regime corrective colony and deport after the expiration of this period.