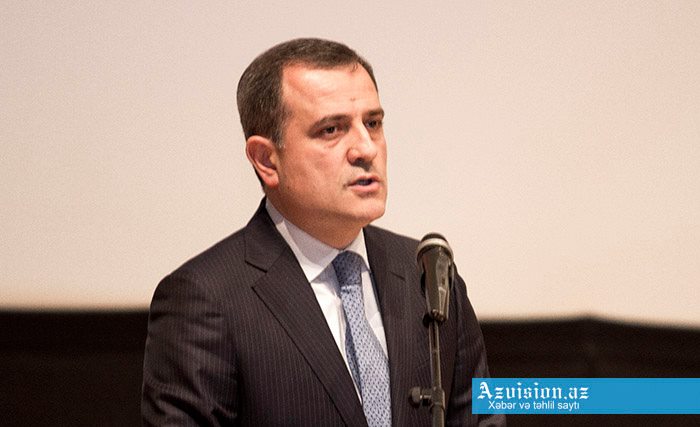 Unfortunately, we have not yet observed any responsive measures by Armenia regarding our peace offering, Azerbaijani Foreign Minister Jeyhun Bayramov said at a press conference following his meeting with Serbian Foreign Minister Nikola Selakovic.

"I informed my counterpart about the fact of occupation of our lands by Armenia for nearly 30 years, end of occupation in Patriotic war and establishment of international law. Besides, I also gave information about the systematic steps taken by Azerbaijan in achievement of peace, demining of the liberated territories, creation of conditions and reconstruction works," Azerbaijani FM said.

“I spoke about the steps taken by Azerbaijan to normalize relations with Armenia, the proposal of a peace treaty between Azerbaijan and Armenia and the delimitation of the borders between the two republics.”