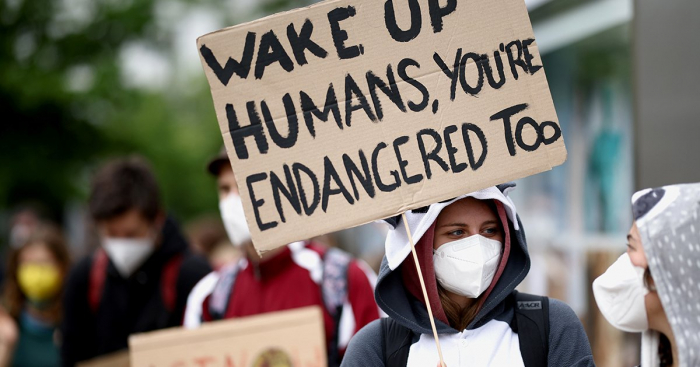 The still-raging pandemic and climate-related disasters worldwide demonstrate the woeful inadequacy of efforts to address the problematic aspects of globalization. The so-called international community has again shown itself to be anything but a community.

The summer of 2021 has come to be largely defined by the ongoing COVID-19 pandemic and accelerating climate change. Both are manifestations of globalization and the reality of a world increasingly defined by the vast and fast cross-border flows of just about everything, from goods, services, and capital to data, terrorists, and disease.

Little nowadays stays local for long. The lethal coronavirus that first appeared in Wuhan, China did not remain there, and greenhouse gases emitted anywhere warm the atmosphere and ocean everywhere.

These two crises demonstrate the woeful inadequacy of efforts to address the problematic aspects of globalization. The so-called international community has again shown itself to be anything but a community. The supply of COVID-19 vaccines is billions of doses short of what is needed. The funds to pay for global immunization are likewise billions of dollars short. Governments are putting their countries first, even though fast-spreading variants are emerging in under-vaccinated populations elsewhere and are indifferent to political borders.

As a result, the pandemic remains an intense threat. The death toll thus far is said to be over four million, but the real figure is several times higher, owing in some cases to flawed reporting systems and to deliberate undercounting by populist leaders in Brazil, India, Hungary, Russia, and elsewhere. The economic consequences are likewise substantial, with the pandemic estimated to have reduced global GDP by over 3%. Approximately 100 million people have fallen back into extreme poverty. Inequality between and within countries has spiked.

What makes these developments all the more frustrating is that we know what to do about COVID-19 and possess the means to do it. Several safe and extraordinarily effective vaccines exist. What remains to be done is to scale up production to meet global demand.

In some countries, such as the United States, what needs doing is the opposite: to increase demand to meet the available supply. Vaccine hesitancy, fueled by partisan politics or misinformation circulating on social media, television, and talk radio, has become dangerously widespread. If vaccination were complemented by public-health measures known to slow the spread of disease – masking, social distancing, readily available and accurate testing and contact tracing, and quarantining – there would be far fewer and less severe infections, and the pandemic as we know it would fade away.

The effects of the other crisis, climate change, have arrived sooner than many anticipated. For years, the tendency has been to put off any concerted response to the threat, despite clear and growing evidence that the planet is warming. As is often the case, the urgent crowded out the important. But the summer of 2021 is showing that climate change is both important and urgent.

Its effects are many. In the US, wildfires in the West rage out of control as the temperature climbs, and smog has blanketed swaths of the country. Europe and China are the scenes of massive flooding. In Africa, Latin America, and the Middle East, there are signs of prolonged drought. The loss of life has been relatively modest, but it could well grow. Economic effects will likewise mount. The number of people who are being internally displaced or forced to migrate is rising sharply as large tracts of territory become inhospitable to human life.

There is much talk about how to slow or stop climate change, but it is mostly just that. The United Nations climate-change conference (COP26) in Glasgow in November will continue to emphasize an approach whereby individual countries offer voluntary commitments to reduce their emissions.

This is important, but it is obvious that many countries are focused more on economic growth at all costs, and are unable or unwilling to adopt energy paths that will meaningfully reduce their contribution to climate change. It remains to be seen whether there is the will to adopt tariffs that raise the prices of goods made in factories fueled by coal, or to impose sanctions against governments that refuse to stop the destruction of rainforests that absorb carbon dioxide. Also to be determined is whether wealthier countries are prepared to make available the funds and technologies that poorer countries need to shift to a greener energy mix.

At the same time, focusing on slowing the rate of climate change, however necessary, is insufficient. A good deal of climate change has already happened, and more will happen regardless of what is decided in Glasgow. Efforts to adapt to existing or inevitable effects of climate change, to make cities and rural areas alike better able to withstand pervasive heat and sprawling wildfires, more frequent storms and floods, and more severe drought, will also be needed. Resilience will be as important as prevention.

Lastly, we must accelerate both the development and regulation of new technologies that promise to remove CO2 from the atmosphere or reflect sunlight away from Earth. Such potential responses to climate change are unproven and controversial. But if the collective failure to deal with COVID-19 is any indication, we had better be prepared to consider them sooner rather than later. There is no escape from globalization; the only question is whether and how we choose to manage it.