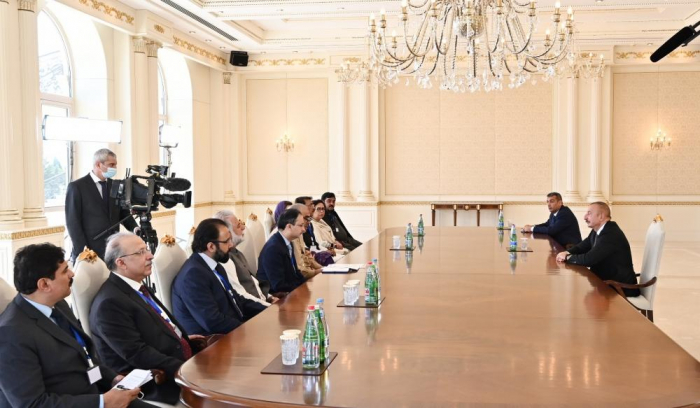 President of the Republic of Azerbaijan Ilham Aliyev has received a delegation led by Speaker of the National Assembly of Pakistan Asad Qaiser.

Asad Qaiser conveyed greetings of President of the Islamic Republic of Pakistan Arif Alvi and Prime Minister Imran Khan to the Azerbaijani President.

President Ilham Aliyev thanked for the greetings of the Pakistani President and Prime Minister, and asked Asad Qaiser to extend his greetings to Arif Alvi and Imran Khan.

Congratulating the head of state on the victory in the 44-day Patriotic War, the Speaker of the National Assembly said that the people of Pakistan celebrated this victory together with the people of Azerbaijan.

They stressed the importance of the visit of Speaker of the National Assembly of Pakistan Asad Qaiser to Azerbaijan in terms of the further development of the bilateral ties.

The head of state expressed gratitude for Pakistan`s support during the Second Karabakh War, and noted that the leadership of the friendly country has supported Azerbaijan since the first days of the war and made important statements on Azerbaijan`s territorial integrity.

During the conversation, the sides said that the two countries support each other in all international organizations. Recalling his visit to Pakistan, President Ilham Aliyev stressed the necessity of expanding cooperation in various areas.

They touched upon the significance of Speaker Asad Qaiser`s upcoming visit to Shusha, and described it as a clear example of the development of relations between the two countries.

The sides also hailed the development of cooperation between the two countries` parliaments. 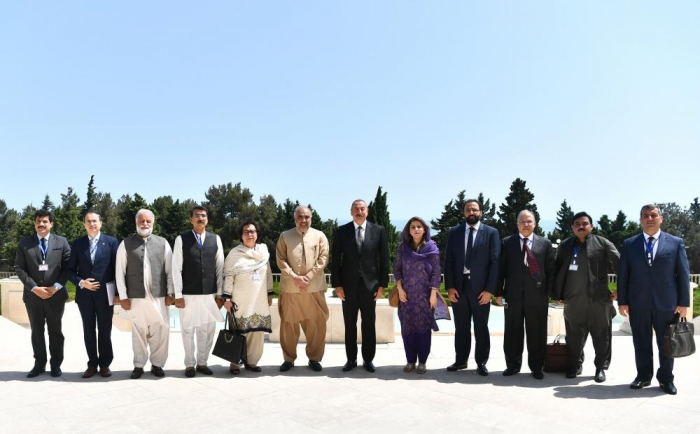