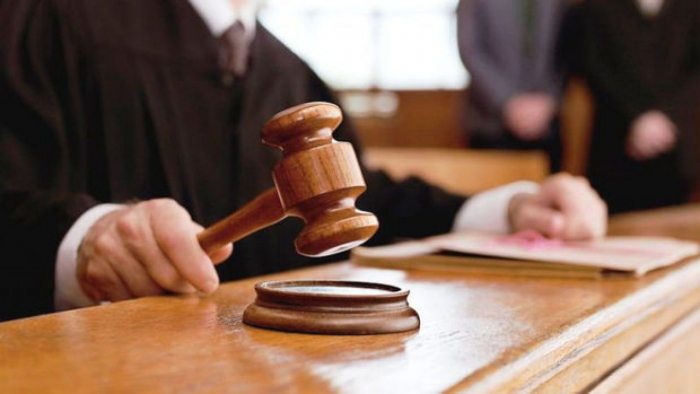 The trial on the criminal case of Armenians David Davtyan and Gevorg Sujyan, previously accused of espionage against Azerbaijan, continued at the Baku Court on Grave Crimes on Wednesday, AzVision.az.

The trial was chaired by Judge Ali Mammadov.

The court was presented with a certificate from the Azerbaijani Ministry of Defense that Lieutenant Colonel Vugar Abdullayev, who was supposed to testify, was on duty regarding a special assignment. Therefore, in the near future, he will not be able to attend the trial.

At the same time, Abdullayev confirmed the testimony given by him during the investigation. They were announced at the meeting at his request.

The materials on the criminal case have begun to be studied at the trial.

Then Gevorg Sujyan spoke, who stated that he apologized for what he had done. “We apologize to everyone, I beg your pardon,” he said.

Accused Davit Davtyan also asked for forgiveness for what he had done.

The court decided to sentence each accused to 15 years in prison. After serving their sentence, they will be deported from Azerbaijan.

In accordance with the indictment, Davtyan and Sujyan, having entered into a conspiracy, illegally crossed the state border of Azerbaijan, collected information of a military nature and handed it over to the Armenian special services, having committed espionage.

So, the Armenian special services attracted them to collaboration in 2019. They entered the territory of Azerbaijan from Goris (Armenia), joined an illegal armed group, and illegally acquired weapons and ammunition in September 2020. Davtyan and Sujyan collected information about the positions of the Azerbaijani army in the territories where military operations were conducted, about the number of military personnel, as well as other data, which they handed over to the Armenian special services.

Davtyan and Sujyan were detained by the servicemen of the Azerbaijani Armed Forces while passing along the Lachin corridor to Shusha on November 11, 2020.

Thus, Davtyan and Sujyan were charged under Articles 228 (illegal possession of weapons), 276 (espionage), 279 (creation of armed groups not envisaged by the law) and 318 (illegal crossing of the state border) of the Azerbaijani Criminal Code.