Trial of another Armenian terrorist group continues in Baku 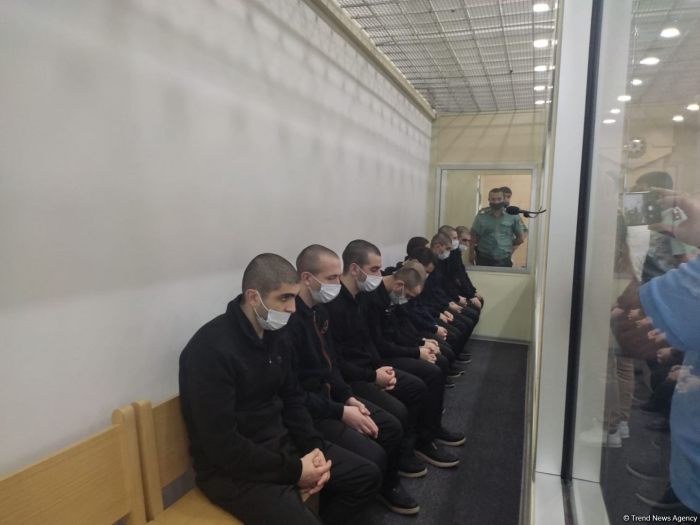 The trial on the criminal case of members of another Armenian terrorist armed group continues at the Baku Court on Grave Crimes on July 29, AzVision.az reports.

At the court process, the materials on the criminal case are being studied.

The members of these armed formations illegally crossed the state border of Azerbaijan on November 26-27, 2020 as an organized group, took up the combat positions in the forest and other areas in the northwestern part of the Hadrut settlement of Khojavand district.

Those individuals attacked enterprises, institutions and organizations, individuals, as well as organized explosions, fires and carried out other terrorist actions that pose a threat to the life and health of people until December 13, 2020, which may cause big damage to the property or lead to other socially dangerous consequences to violating public safety, sow panic among the population or influence the decision-making by the state authorities of Azerbaijan or international organizations.