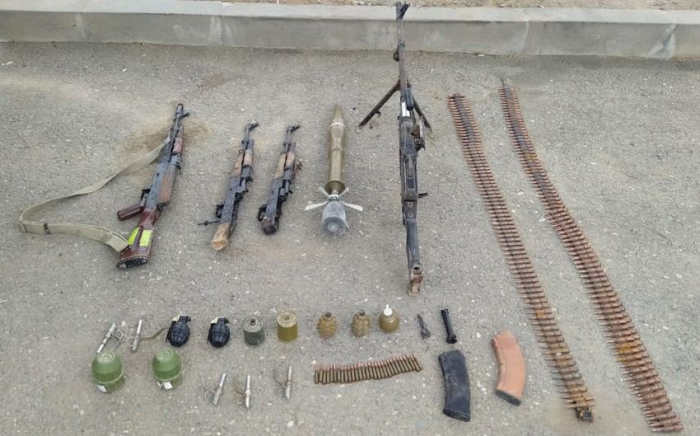 Weapons and ammunition were found in Chanagchy village of Azerbaijan’s Khojaly district, the Barda district group of the press- service of the Azerbaijani Interior Ministry said, AzVision.az reports.

A machine gun, three assault rifles, seven grenades, one shell for a grenade launcher, two ammunition storage for an assault rifle, 269 shells of different caliber were found in the village.