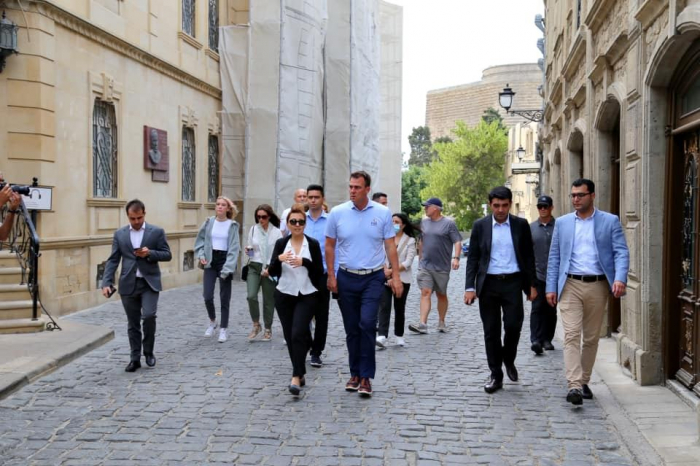 Governor of the US state of Oklahoma Kevin Stitt and his family members walked throughout Baku, AzVision.az reports on July 29.

After visiting the Heydar Aliyev Center, they visited Icherisheher (Old City), the Maiden Tower and the Palace of the Shirvanshahs. 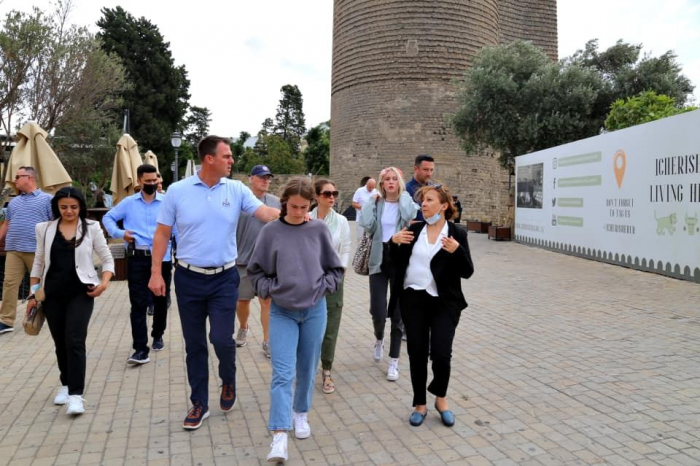 Stitt said that he is delighted with the walks in Baku and will tell his compatriots about the beauty of the city.

The governor said he believes that many tourists from Oklahoma will visit Baku in the future. President of Azerbaijan Ilham Aliyev received a delegation led by Governor of the US state of Oklahoma Kevin Stitt on July 27.

Stitt is expected to travel to Zangilan district during the visit.