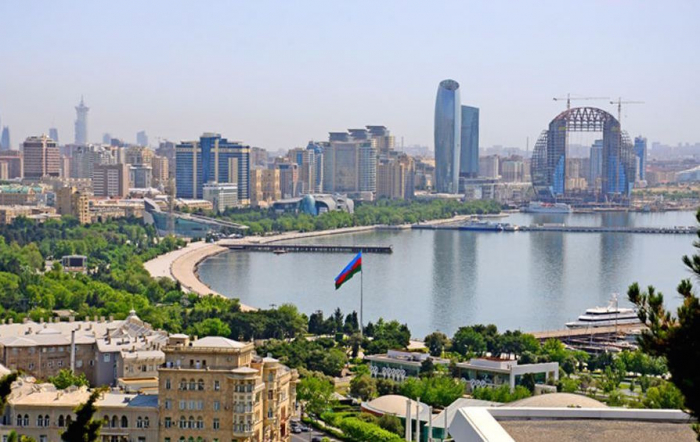 Azerbaijan has undergone significant economic transformation and development since the country’s independence in 1991. The country has been implementation ambitious economic reforms due to startling policies adopted by His Excellency, President Ilham Aliyev.

The structural reforms and open policy have paved the way for stable micro and macroeconomic conditions, a drastic reduction of inflation and growth resumption. Moreover, rapid progress has lately been made in developing market-based mechanisms in significant areas of the economy. The rapid economic development is mainly attributed to the exploitation of hydrocarbon resources (through production sharing agreements with foreign oil companies and foreign direct investment). In this aspect, substantial reforms intended to support a market-based economy have been instrumental in facilitating growth. Moreover, Azerbaijan has signed multilateral regional integration and socio-economic development agreements with other countries to gain broader international support vis-à-vis its diplomatic narrative. Likewise, Azerbaijan’s vision 2030 and adopted strategies under its grand vision are worth praising. This study essentially discusses the grand vision 2030 of Azerbaijan for socio-economic development and regional connectivity. The article also highlights the success stories of Azerbaijan under the visionary leadership of His Excellency, President Ilham Aliyev.

Azerbaijan has adopted a well-structured and cohesive policy framework. It can easily envisage that the country under the incumbent leadership will continue to pursue efficacious strategies for industrial development, technological transformation, environmental sustainability, and other national priority agenda.  While analyzing Azerbaijan’s beneficial adapted strategies, it is highly significant to highlight the recent Decree signed by His Excellency, President, Ilham Aliyev on 2 February 2021.  As per the order, global economic realities and the goals set at the new stage of development require the determination of the long-term vector of the country's development. In this aspect, the main directions of socio-economic development and the corresponding national priorities are also pertinent to monitor.  Thereby, a framework of relevant policy and reforms and "National priorities for socio-economic development: Azerbaijan - 2030" have been approved to achieve the goals set in the new strategic period.

Under the auspice of the recent Decree, a progressive linkage between society, business, and the state will be strengthened for Azerbaijan’s long-term sustainable and rapid socio-economic development. Moreover, the transformation would foster economic cooperation through market reforms, education reforms, strengthening private property institutions, business-friendly governance, institutional development, energy security, and further liberalization of trade regimes. It will allow expanding of exports to the international market. These major drivers would stimulate industrial innovation and give new impetus to economic growth.  These national priorities are relevant to the fulfilment of the commitments arising from the United Nations 2030 Agenda for Sustainable Development (SDG 2030). Under Vision 2030, Azerbaijan is determinant to implement major national priorities for socio-economic development. Out of many priorities, few key policy areas have been outlined below:

a.     A society based on inclusive, dynamic and justice

The victory of Azerbaijan in the second Karabakh war and its triumph during the tenure of President Ilham Aliyev is the clear manifestation of startling policies and strategies. The visionary leader made sure that its rightful stance is duly propagated and disseminated to the world. The Second Karabakh War was the turning point and has changed the whole landscape of the Caucasus region. Azerbaijan liberated its towns and nearly 300 settlements from brutal Armenian occupation. The innovative leader President Ilham Aliyev, who, guided his country into an exceptional path of prosperity with a firm resolve. His tenacity under such a complex situation helped him liberate the occupied territories and restore the original borders of Azerbaijan. This victory will present new opportunities in the coming years alongside systematic and sustainable reforms. Under his guidance, Azerbaijan has always kept its allies-Pakistan, and Turkey, close it its heart.

In contemporary times, they have reached new heights of military, socio-economic and diplomatic cooperation. Pakistan has unconditionally supported Azerbaijan during the Second Karabakh war. As an expression of solidarity with Azerbaijan, Pakistan neither recognized Armenia nor established diplomatic relations with the country. Pakistan and Azerbaijan are supporting each other over the disputed territories on various international platforms. It is clear that Pakistan will never jeopardize its cordial and brotherly relations with Azerbaijan. It will not back from its principal stance and will not accord recognition to Armenia. Both the countries had exceptional relationship in the past and it will grow with each day passing in the future.

A well-functioning modern infrastructure, is a central requirement for inclusive economic development and sustainable growth. Azerbaijan is a country that has been bestowed with abundant natural resources. Its oil and gas production facilities have bought huge sustenance to its economic structure over the past decades. Economic advantages have been gained, and socio-political & socio-economic foundations have been formed over many years. The great reforms have been reflected by a profound analysis of the February Decree. In this regard, the government of Azerbaijan and relevant agencies are well-coordinated with one another to execute the adopted programs.   Moreover, Azerbaijan’s effective fight against the Coronavirus pandemic, coupled with its practice of solidarity for the collective good, has given a new impetus to profound large-scale reforms and the grand vision of 2030. Azerbaijan is a social state and always endorsed and encouraged Human- Civil rights and freedom. By the abovementioned in-depth analysis of Azerbaijan’s vision 2030 and successful policies by the visionary leadership, it has been clear that these strategies will pave the way to attain national goals and enhance global outreach. The result-oriented policies and targets amid vision 2030 of Azerbaijan would ultimately prove to be a driving force for strengthening the nation and enhance regional cooperation.