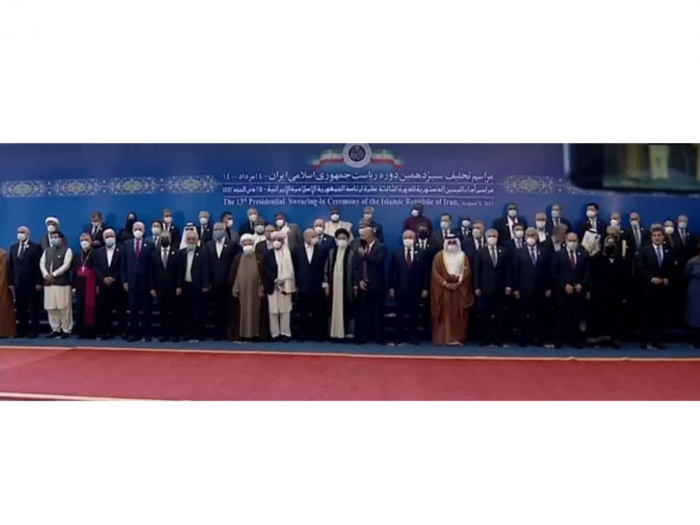 Ebrahim Raisi was sworn in as the president of Iran on August 5 at the Iranian parliament today, AzVision.az reports citing the Iranian media.

The inauguration ceremony, which began at 17:00 local time (GMT+3:30), was attended by 115 officials from 73 countries, including 10 presidents, 20 parliamentary speakers, 11 foreign ministers and other officials.