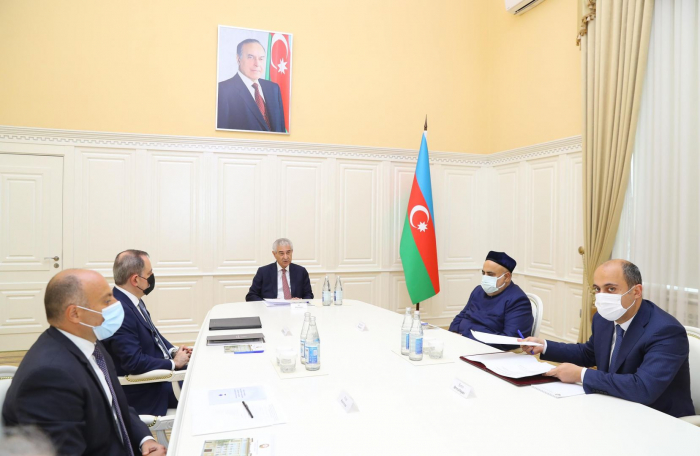 The first meeting of the Commission for the implementation of the provisions of the "Convention for the Protection of Cultural Property in the Event of Armed Conflict" was held under the chairmanship of Deputy Prime Minister of Azerbaijan Ali Ahmadov on August 5, the Azerbaijani Cabinet of Ministers told reporters.

The spheres of the activity of the Commission approved by the new composition upon the order of the Azerbaijani president "On Changing the Order of the President of the Republic of Azerbaijan "On the establishment of the Commission for the implementation of the provisions of the "Convention for the Protection of Cultural Property in the Event of Armed Conflict" dated November 13, 2000 # 569, # 2796 dated July 23, 2021, the work conducted by Azerbaijan to implement the provisions of the Convention and the further tasks were discussed during the meeting.

The instructions were made during the meeting to prepare proposals on priority spheres. The importance of work in terms of informing international organizations about the destroyed cultural monuments in the liberated territories of Azerbaijan was emphasized.

The members of the Commission discussed the proposals put forward at the meeting. Following the meeting a decision was made to take measures to create a working group consisting of representatives of relevant departments and experts in this field to ensure the activity of the Commission, as well as to prepare an appropriate Action Plan.