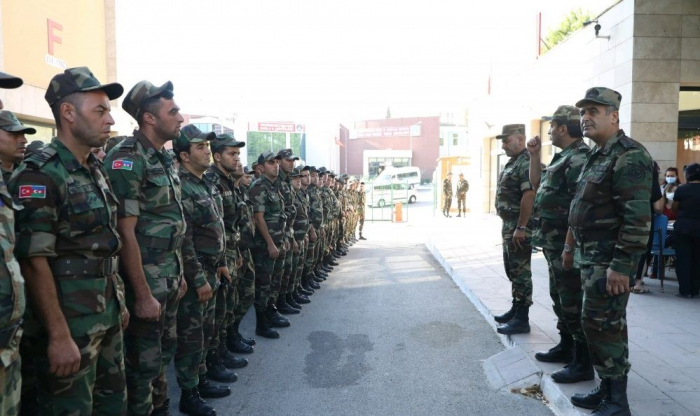 The third group of firefighters of the Azerbaijani Ministry of Emergency Situations arrived in the Turkish city of Mugla on August 8 at 09:00 (GMT+4) in accordance with the instruction of Azerbaijani President Ilham Aliyev to extinguish forest fires and prevent their spread to a wider territory, AzVision.az reports.

The team of firefighters and rescuers includes 40 units of fire fighting equipment and 160 firefighters. The media representatives also arrived in Turkey.

The first group consisting of 100 firefighters of the Ministry of Emergency Situations went to Turkey on July 30 upon the instructions of the Azerbaijani president. Azerbaijani firefighters split into two groups and are currently selflessly working to extinguish fire in Marmaris district.

The second group of the Ministry of Emergency Situations, consisting of 220 firefighters and rescuers, was sent to the fraternal country on July 31. One helicopter, 53 firefighting, special rescue vehicles and one ambulance were involved. The group arrived in Marmaris via Georgia within two days and joined the first group.