President Ilham Aliyev: Azerbaijan started the War of Salvation, liberated its historical lands from the occupiers 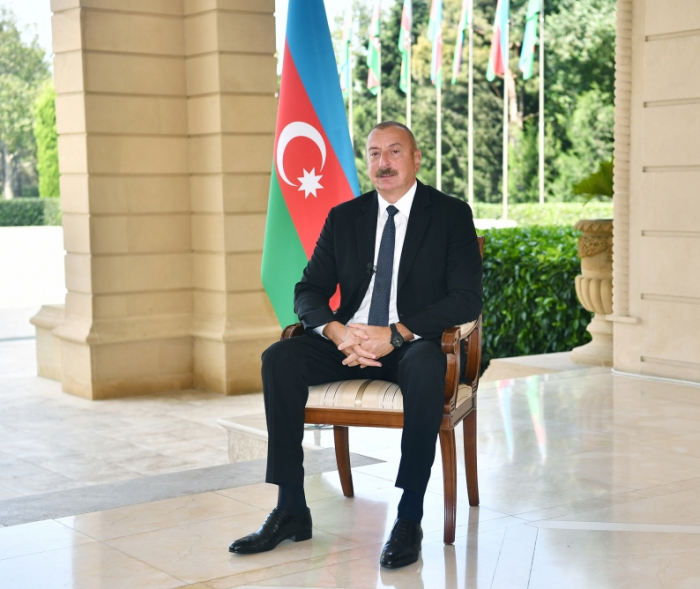 “This is a historic Victory for us. Because, as you mentioned, our lands had been under occupation for 30 years. This was a great injustice and a situation that contradicted all the norms and principles of international law. Unfortunately, for 30 years, the Minsk Group did not come close to resolving this issue. There was some activity, but there was no result in the end,” said President Ilham Aliyev in his interview with CNN Turk TV channel.

“The result was zero and the hopes of the Azerbaijani people were completely dashed. Because if the negotiations remain fruitless for 30 years, this means that the process of freezing this issue is going on. Of course, we never intended to put up with this situation. I have repeatedly said in recent years that the people of Azerbaijan will never come to terms with this situation, that we will liberate our native lands from occupiers at any cost, and so it happened. My words were materialized, and Azerbaijan started the War of Salvation, liberated its historical lands from the occupiers, restored historical justice, expelled the occupiers from our lands and restored its territorial integrity,” the head of state said.