Ilham Aliyev: Both Karabakh and Zangazur are Azerbaijan's historical lands 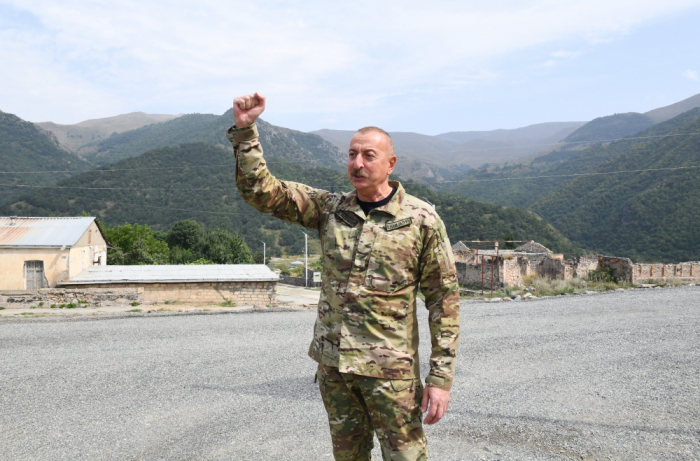 Both Karabakh and Zangazur are Azerbaijan's historical ancestral lands, said President Ilham Aliyev during his visit to the Kalbajar district, AzVision.az reports.

President Ilham Aliyev highlighted the reason for this attention that both Karabakh and Zangazur belong to Azerbaijan.

The head of state also emphasized that although Western Zangazur is currently under the control of Armenia, as a result of the construction of the Zangazur corridor, of course, Azerbaijan will use this corridor to return its citizens to their ancestral lands.