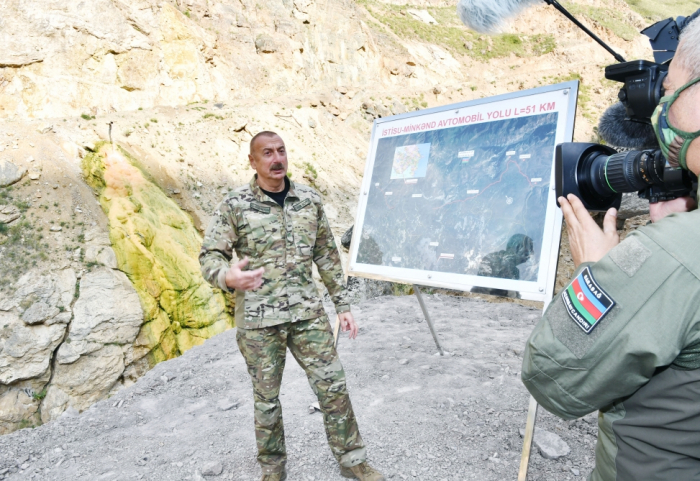 “For example, I have been following the media coverage of the tensions on the Nakhchivan-Armenian border. Our media write about what is happening in and around the Armenian village of Yeraskh. The name of this village is Arazdayan, and Azerbaijanis used to live there prior to deportation. Therefore, all ancient, i.e. historical names must be restored. These names are also available in various books. Therefore, I request that both journalists and the general public use real names of these places – not Vardenis but Basarkechar district, Basarkechar city,” the head of state added.