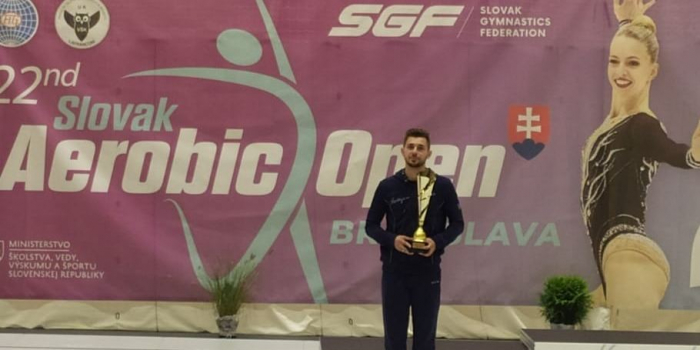 
The finalist of the last world championship in aerobic gymnastics Vladimir Dolmatov came in second in the competition. The first and third places were taken by representatives of Turkey and Indonesia, respectively.