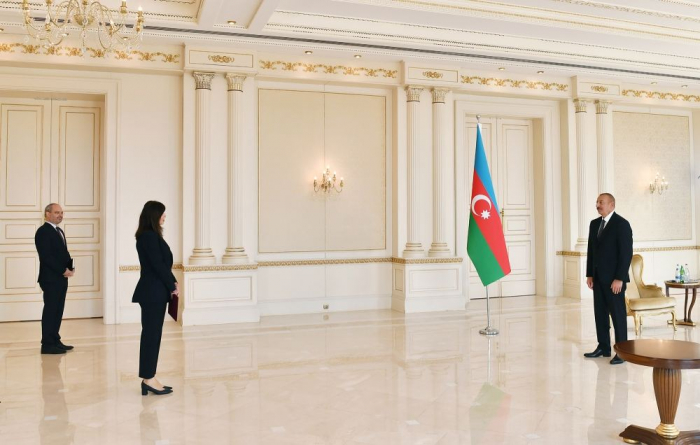 Azerbaijan has always been a very active member of the United Nations, President of the Republic of Azerbaijan Ilham Aliyev said, as he received newly appointed United Nations Resident Coordinator in Azerbaijan Vladanka Andreeva on August 24 in Baku.

“We have been even elected as a non-permanent member of the UN Security Council some ten years ago by very large support of international community. 155 countries supported our candidacy and that was a demonstration of international reputation of the country and active foreign policy. During the two years of our chairmanship we initiated important issues and addressed important global issues which were on the agenda of international community. Of course now, as a chair of the Non-Aligned Movement which is the largest after the United Nations international institution, we play an important role in international affairs and also support the United Nations Secretary-General’s initiatives especially on fighting COVID. As you know, we as a chair of the NAM initiated a special session of the United Nations General Assembly devoted to coronavirus in the end of the last year and that was also our contribution to the global fight against this disease. Also, in national capacity we provided assistance to more than 30 countries, financial and humanitarian, and also shared the vaccines with the countries which needed then our support. So, this demonstrates our agenda as a responsible member of international community,” said the head of state.