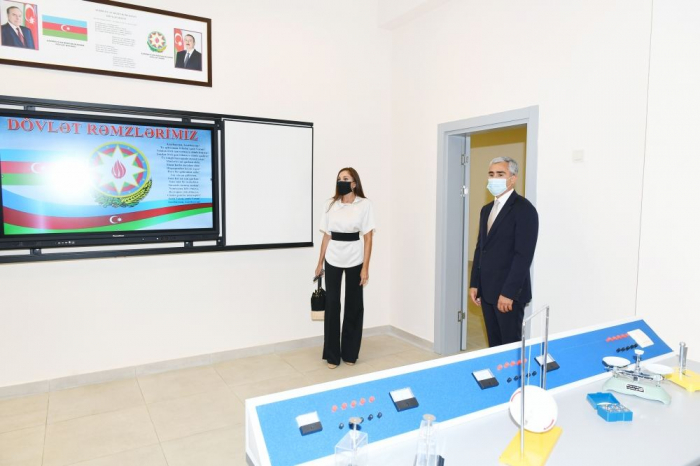 First Vice-President of Azerbaijan, President of the Heydar Aliyev Foundation Mehriban Aliyeva took part in the inauguration of the Suleyman Rustam Gymnasium with a focus on foreign languages, in the Mardakan settlement on August 26, AzVision.az reports.

The first vice-president also attended the opening of the newly built dormitory complex of the special boarding school №12 in the Shuvelan settlement, the reconstructed kindergarten №229 in the Buzovna settlement, Khazar district.