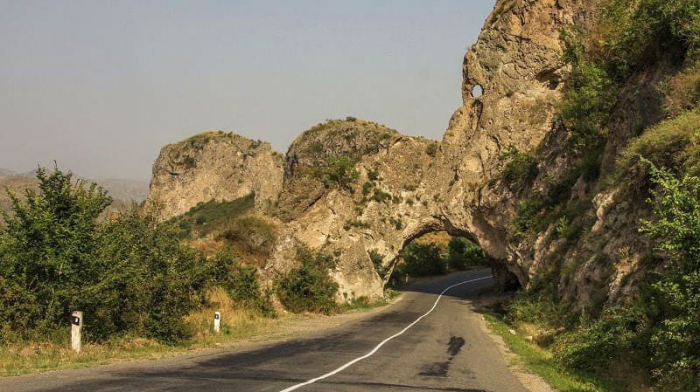 The restriction of traffic on the section of the Gerus-Gafan road passing through the territory of Azerbaijan has become a very serious concern for the Armenian side.

Until now, Armenia freely used this road, which was dictated by the humane approach of Azerbaijan.

Restricting traffic on the Azerbaijani section of the road and regulating issues related to border control is the sovereign right of Azerbaijan, so nothing prevents it from taking the necessary measures.

The current situation is the result of Armenia's irresponsibility and provocations, to which it can always resort, as it was several days ago when two Armenian servicemen unexpectedly attacked Azerbaijani border guard Ruslan Shiraliyev on the Gerus-Gafan road section near the Ashagy Jibikli village of Gubadli district.

Since the entire responsibility for what happened lies with the Armenian side, the situation called for a proper response. Therefore, after the attack, Azerbaijan took the necessary operational measures and steps to regulate the traffic and also put forward specific conditions.

Meanwhile, Armenia’s prime minister [Nikol Pashinyan], speaking at the government meeting the day before, said that the resumption of transport traffic through the settlements of Eyvazly and Chayzami can become a very good symbol of regional stability. It should be noted that Pashinyan, unlike in his previous speeches, named the Azerbaijani toponyms Eyvazly and Chayzami, instead of Armenian Karmrakar and Shurnukh.

In reality, Pashinyan is seriously concerned that the Azerbaijani side has restricted traffic on the section of the road.

Therefore, Armenia must understand that Azerbaijan always has the right to restrict the movement of transport on its territory, and in this case, Armenia mustn’t forget that its transport system may be paralyzed.