Jeyhun Bayramov meets with director of British Council in Azerbaijan 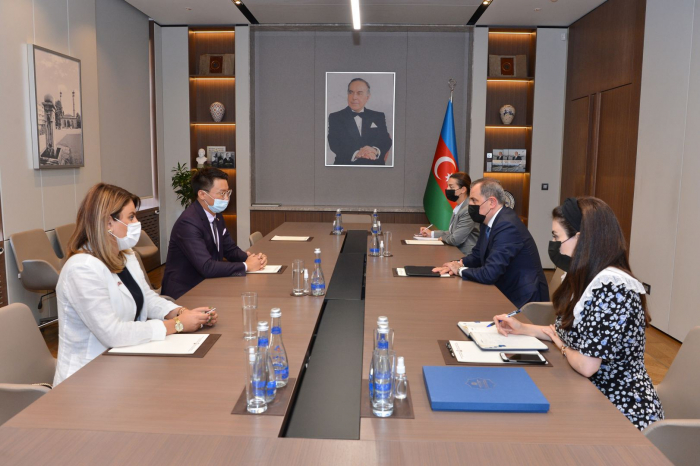 Stressing that Azerbaijan attaches great importance to cooperation with the British Council, Bayramov highly appreciated the projects in the fields of education and culture being implemented by the organization, which has been operating in Azerbaijan for 28 years.

The minister wished Xia, who worked in Azerbaijan during a period of historical importance for the country success in his future activity.

Xia spoke about the work carried out together with the staff of the British Council during his activity in Azerbaijan and shared memories on this occasion.