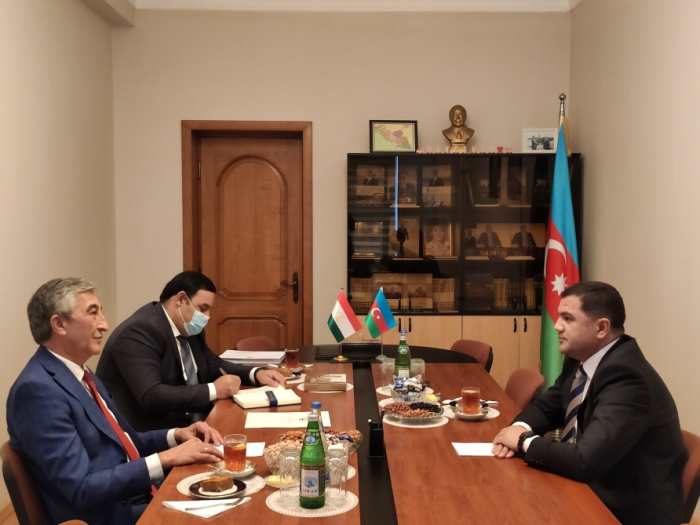 Head of the Permanent Representative Office of the Nakhchivan Autonomous Republic in Baku Bakhtiyar Asgarov has met with Tajik Ambassador to Azerbaijan Rustam Soli.

The sides discussed a wide range of issues, including the development of relations between the two countries, expansion of cultural, economic and trade ties with the Nakhchivan Autonomous Republic, the new situation in both regions, opening of the Zangazur corridor and the organization of official visits.