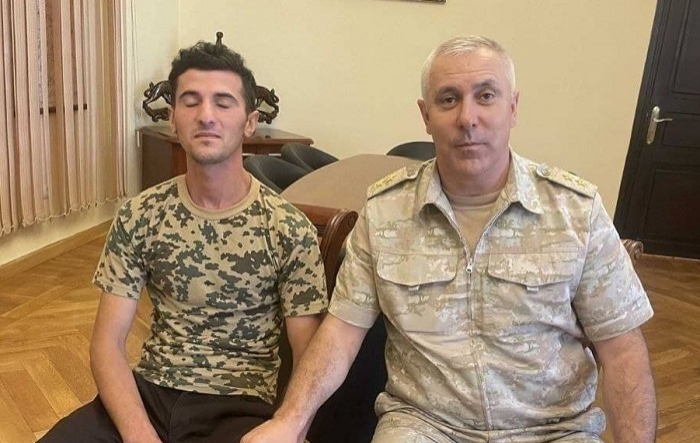 Conscript of the Azerbaijani Army Jamil Babayev, detained on August 26 on Azerbaijan's territory where Russian peacekeeping forces are temporarily stationed, has been returned to Baku, the State Commission for Prisoners of War, Hostages and Missing Persons said, AzVision.az reports.

The commission said Babayev was returned to Azerbaijan through the assistance of the Russian peacekeeping forces, in exchange for two Armenian detainees - Arthur Nalbandian and Aramais Torozian.

On August 26, the Ministry of Defense of Azerbaijan distributed information that Jamil Babayev voluntarily left the psychiatric department of the Ganja hospital and went to the territory, where the Russian peacekeeping forces are temporarily stationed.