Qatari companies to be invited to invest in Azerbaijani territories liberated 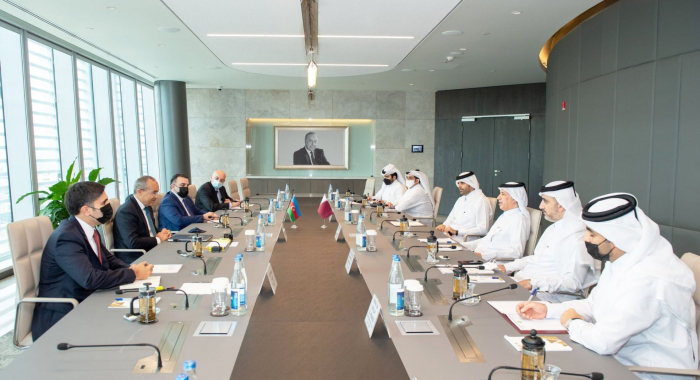 Jabbarov said that this issue has been discussed during his meeting with Soltan bin Saad Al-Muraikhi, State Minister for Foreign Affairs of Qatar.

“We discussed bilateral economic relations between our countries and exchanged views on issues of common interest,” he tweeted.

Earlier, Al-Muraikhi being on a working visit to Baku held meeting with his Azerbaijani counterpart Jeyhun Bayramov and within the framework of the new round of consultations the parties touched upon a number of issues of cooperation in detail.

The conflict between the two South Caucasus countries began in 1988 when Armenia made territorial claims against Azerbaijan. As a result of the ensuing war, Armenian armed forces occupied 20 percent of Azerbaijan, including the Karabakh region and seven surrounding districts.

Following over a month of military action to liberate its territories from Armenian occupation from late Sept. to early Nov. 2020 (the second Karabakh war), Azerbaijan has pushed Armenia to sign the surrender document. A joint statement on the matter was made by the Azerbaijani president, Armenia's PM, and the president of Russia.