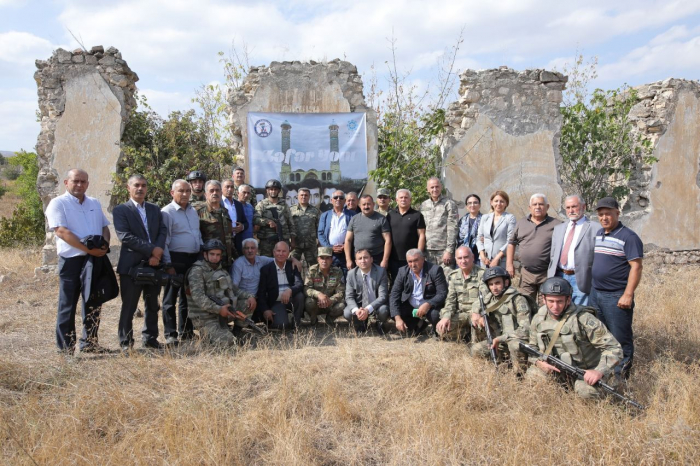 Event dedicated to the first anniversary of the beginning of the second Karabakh war has been organized in Azerbaijan’s liberated Almammadli village of Aghdam district.

The event was organized within the framework of the 'Victory Road' project by the Zafar Public Association for Supporting Martyr Families and the Fund for the Promotion of Spiritual Values.

The ‘Victory Road’ name was given to commemorate the path used by Azerbaijani Armed Forces during the liberation of the city of Shusha from Armenian occupation.

The event is being held in conjunction with the 30th anniversary of the creation of the 836th Self-Defense Battalion during the first Karabakh war, commanded by the National Hero of Azerbaijan Shirin Mirzayev (1947-1992).