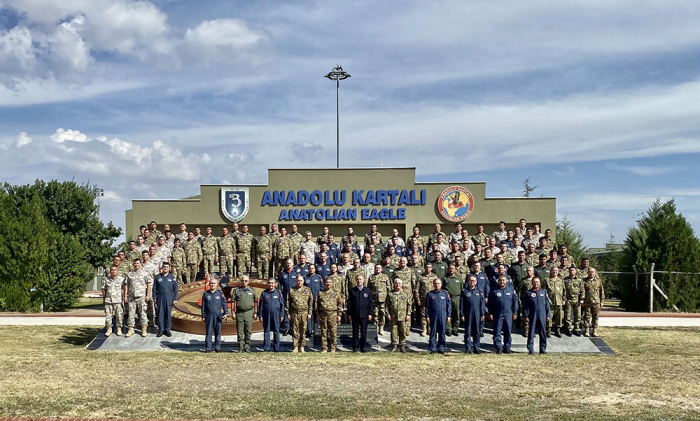 The military leadership of Azerbaijan is visiting the fraternal country at the invitation of Turkish Minister of National Defense Hulusi Akar.

A solemn welcoming ceremony of the Azerbaijani delegation with the participation of the guard of honor was held at the training area.

Then, a briefing on the process of the "TurAz Falcon - 2021"  joint exercises and the accomplished tasks was given for Distinguished Visitors. After the briefing, the Defense Ministers of Azerbaijan and Turkey spoke. 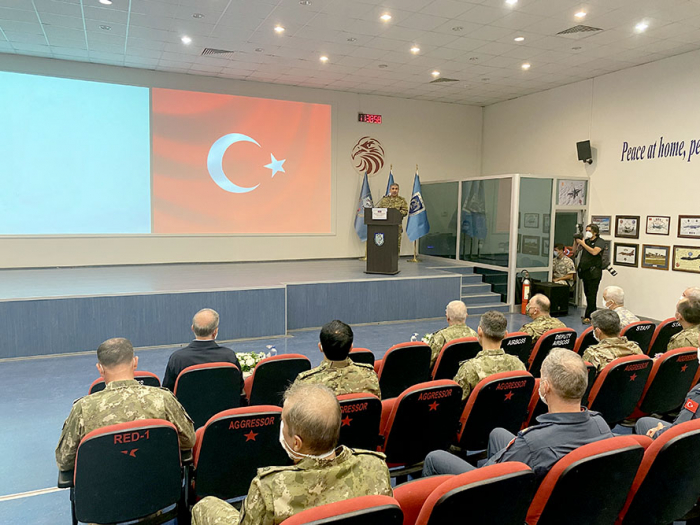 Welcoming the military personnel participating in the exercises, Minister Hasanov noted that Azerbaijani-Turkish relations successfully continue under the leadership of the heads of the two countries

Today, Azerbaijani-Turkish relations are based on strategic partnership, and as part of it, consistent measures are being taken in the field of army construction.

The defense minister expressed his gratitude to fraternal Turkey emphasizing its moral support provided during the Patriotic War.

The minister also stressed that the joint exercises provide further improvement of the knowledge and skills of military pilots.

Speaking at the meeting, Minister Akar noted that he highly appreciated conducting joint exercises. Emphasizing the importance of developing bilateral military cooperation, Akar said that the exercises are very important for Azerbaijani and Turkish servicemen in gaining experience. It was stressed that military cooperation between the two countries is aimed at the security of the peoples and countries as well as stability in the region. 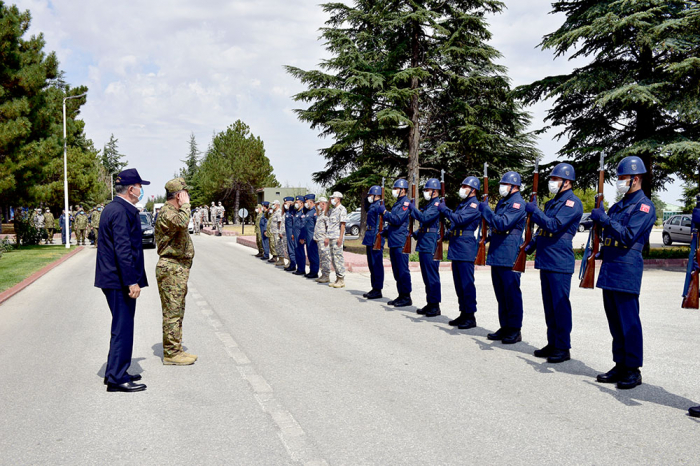 Stressing the high professionalism and skills demonstrated by the exercise participants, as well as the successful fulfillment of the assigned tasks, both ministers wished them greater success in the service.

In the end, the guests watched the practical part of the exercises. 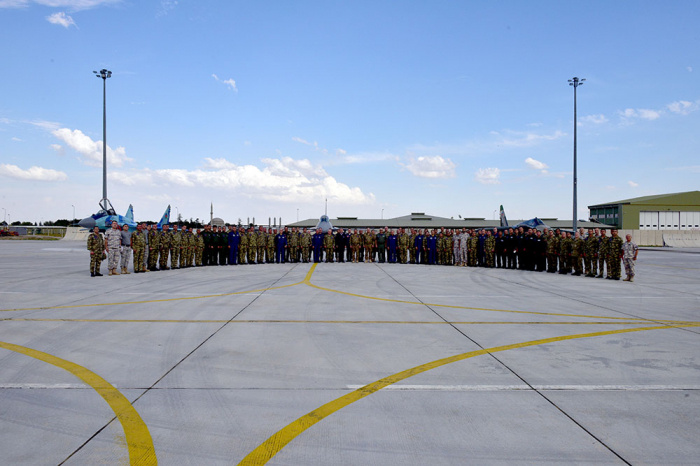 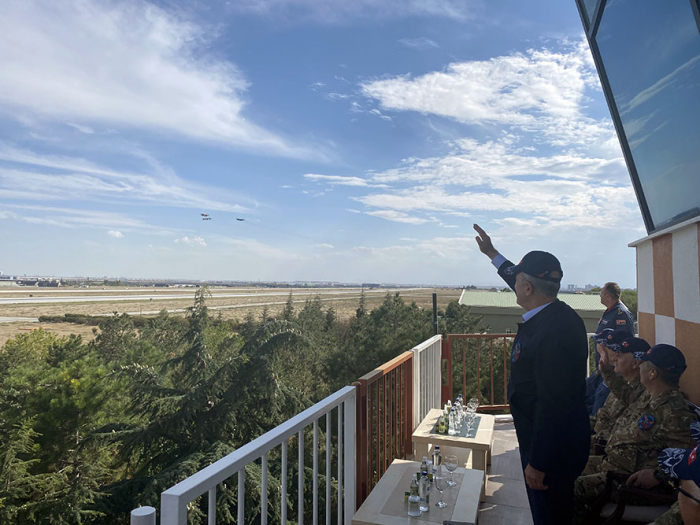 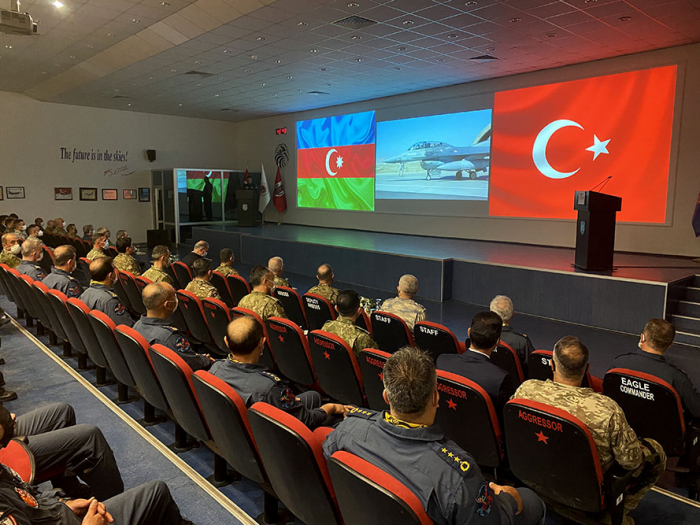 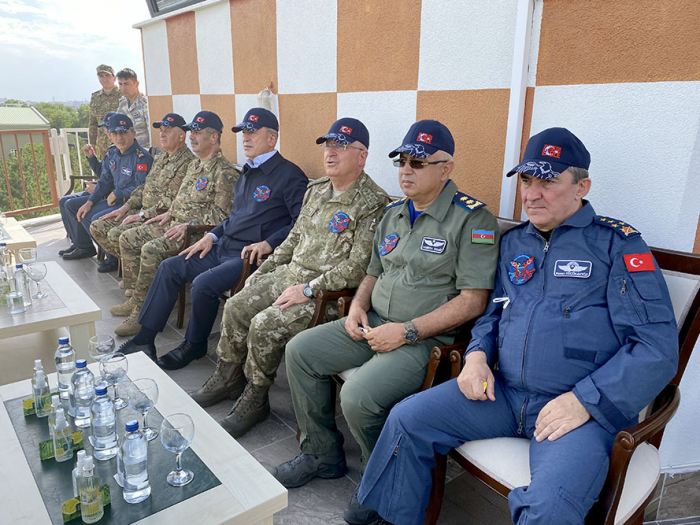 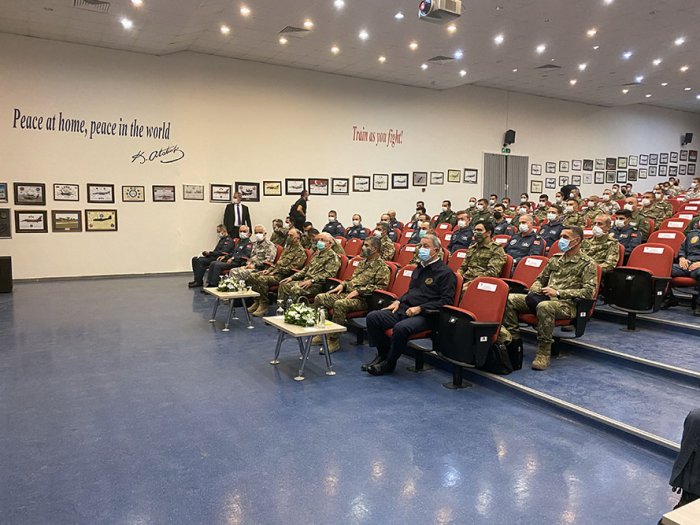