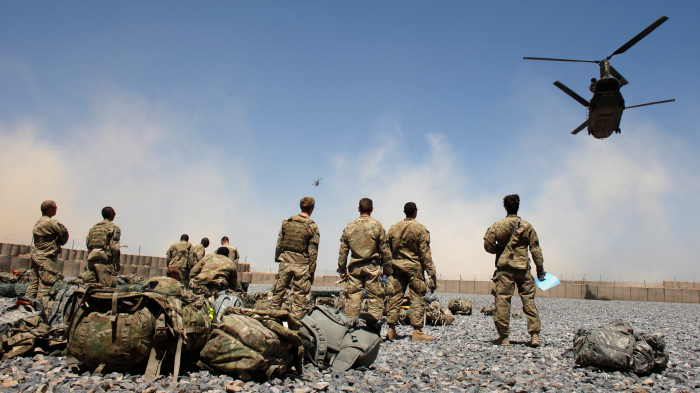 After its Cold War victory, the US began to engage in liberal interventionism with great relish. The fall of Afghanistan to the Taliban is just the latest example showing why this approach has never worked – and never will.

“Afghanistan was the ultimate nation-building mission,” former US President George W. Bush wrote in his 2010 memoir. “We had liberated the country from a primitive dictatorship, and we had a moral obligation to leave behind something better.” There is nothing surprising about this logic: colonial enterprises have always been described as “civilizing missions.” And, as in Afghanistan, they have consistently failed. In fact, the only way to build a nation-state is from the inside.

To be sure, the United States has engaged in successful state-building. After World War II, it implemented the Marshall Plan in Western Europe. But this was more “re-building” than construction from scratch, and it was undertaken in countries with histories of state capacity, functioning market economies, and traditions of national cohesion. Moreover, the details of the reconstruction were left almost entirely to locals.

In the wake of WWII, the US also pursued successful democratization. But, again, it wasn’t “exporting democracy” to countries with no such traditions. Rather, it was building on the latent values of the Weimar Republic in occupied Germany and Taishō democracy in Japan.

This is very different from America’s more recent missions. After its Cold War victory, the US began to engage in liberal interventionism with great relish – and hubris. In a range of countries – including, in Africa alone, Burundi, the Democratic Republic of the Congo, Somalia, and South Sudan – it launched protracted and expensive state-building initiatives that utterly ignored historical legacies and sociopolitical contexts. Today, these states remain highly fragile.

Even when the US enlisted the help of United Nations professionals and experienced NGOs – which were willing to engage local stakeholders, not just the political elites – its efforts to build state institutions from scratch failed (it has at times managed to strengthen existing institutions). In Kosovo, a UN interim administration led an extensive state-building effort beginning in 1999. In 2016, Freedom House classified Kosovo as a “semi-consolidated authoritarian regime,” and in 2021 as a “partly free state.”

Likewise, 26 years after the Dayton peace accords ended the war in Bosnia-Herzegovina and US-led state-building efforts began there, the country is classified as a “partly free state.” According to a recent UN report, “the multi-ethnic and diverse society that existed prior to the conflict has all but disappeared.”

In Afghanistan, the failure of America’s state-building efforts could not be starker, with the US-backed government lasting just days after Western troops withdrew. But it was also predictable: Afghanistan has never had a state, in the Western sense of the term.

Iraq – which the US invaded soon after Afghanistan, during the burst of liberal interventionism that followed the terrorist attacks of September 11, 2001 – did exist as a state before US troops arrived. But after 18 years of American occupation, it is anything but a unified multiethnic democracy where human rights and the rule of law are upheld.

This is not to say that a country without a tradition of democratic governance or credible institutions is doomed never to develop them. Promoting “social cohesion” and “indigenous capacities,” as the professional literature advocates, is a commendable goal. But a country that is socially fragmented, lacks a tradition of political pluralism, and is situated in an unstable, non-democratic region is a fundamentally improbable candidate for democratization.

In Afghanistan, for example, the US-backed government was an invertebrate political entity grafted onto a deeply sectarian society. This meant that state-building was tantamount to nation-building. And while Bush considered nation-building essential, the nature and scope of the task is far beyond the capacity of any external force.

This is especially true under conditions of war. America’s state-building missions in Afghanistan and Iraq began with military invasions that claimed hundreds of thousands of local victims. As soon as locals began to perceive the US “war of liberation” as an occupation, anti-American sentiment soared.

In 2005, only 17% of Afghans wanted the US to leave their country. By 2009, that figure had grown to 53%. In Iraq, meanwhile, a whopping 71% of the population wanted the US out within a year. These were not people who were going to embrace an American vision of their future. It did not help that Islamist forces – whether the Taliban or the Islamic State – proved so tenacious.

With the withdrawal from Afghanistan, the US appears finally to be abandoning liberal interventionism. This reflects a broader shift in the global balance of power. After its Cold War victory, the US set about building a new world order based on “liberal values,” including respect for human rights, democratic governance, and free-market economics. It was an inherently unrealistic and ahistorical objective, but there was no other power – or model – that could challenge the American hegemon. China’s rise, together with the proliferation of illiberal regimes, has changed that.

Ultimately, America’s state-building project in Afghanistan was a strategic failure, not a tactical one. Instead of engaging in state-building via a corrupt and unpopular puppet government in Kabul, while fighting an unwinnable war, the US should have reached an early settlement with the Taliban and left the country. The 2011 assassination of Osama bin Laden provided the ideal opportunity for such disengagement. Rather than slinking out of the country as a triumphant Taliban reclaimed power, the US could have declared a kind of victory – and perhaps retained far more leverage over a country where it now has none.


Shlomo Ben-Ami, a former Israeli foreign minister, is Vice President of the Toledo International Center for Peace. He is the author of Scars of War, Wounds of Peace: The Israeli-Arab Tragedy.