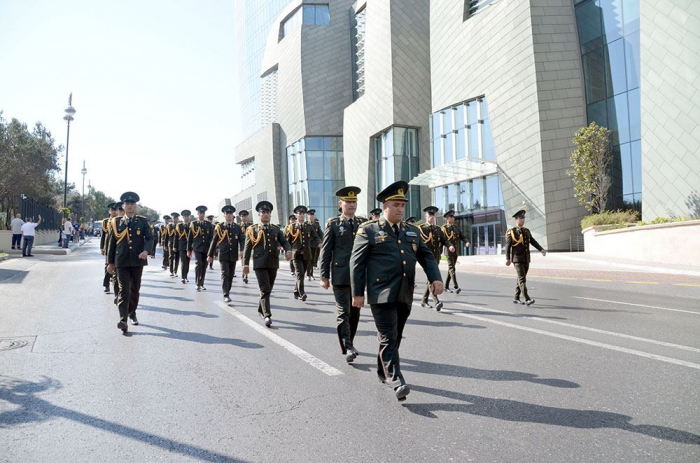 A series of events dedicated to the 103rd anniversary of the liberation of Baku [from the Bolshevik-Dashnak occupation] was held in the Army Corps, formations, military units of the Azerbaijan Army, AzVision.az reports citing the Defense Ministry.

At the event, the memory of Azerbaijan’s national leader Heydar Aliyev, founder of the Turkish Republic Mustafa Kemal Ataturk, and Martyrs was honored with observing a minute of silence. The national anthems of both countries were performed in the accompaniment of Military Orchestras.

The servicemen visited the Alley of Martyrs and the monument erected in honor of the Turkish soldiers, wreaths and flowers were laid at the monuments.

Marches of the servicemen were accompanied by Military Orchestras.