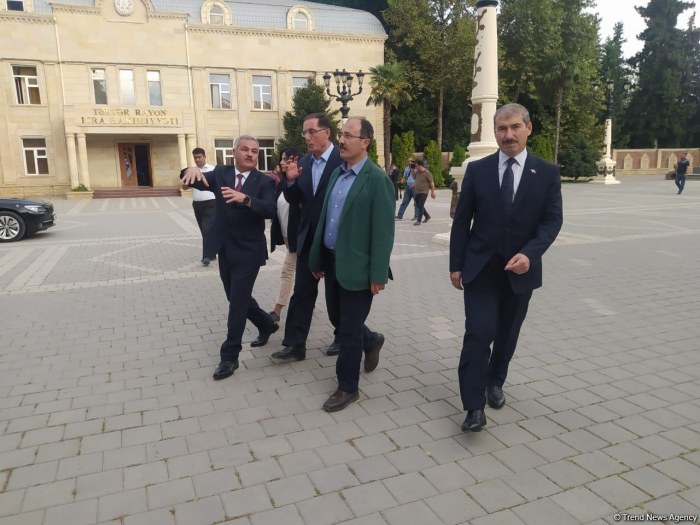 The delegation of the Association of Ombudsmen of the member countries of the Organization of Islamic Cooperation (OIC) visited Terter to carry out an assessment mission to investigate the facts of crimes committed by Armenia in the Azerbaijani territories during the occupation, AzVision.az reports Trend.

The delegation accompanied by Azerbaijani Ombudsman Sabina Aliyeva was met by the Head of the executive power Mustagim Mammadov in Terter.

During the 44-day Patriotic War, Armenians fired more than 16,000 shells on the territory of the district, 21 of which were prohibited shells, he informed the guests.

During the war, 16 civilians were killed in the Terter district, dozens of people were injured. On the instructions of President Ilham Aliyev, the destroyed houses were restored as soon as possible, he added.

The delegation of the OIC Ombudsman Association conducted an assessment mission in Aghdam earlier.