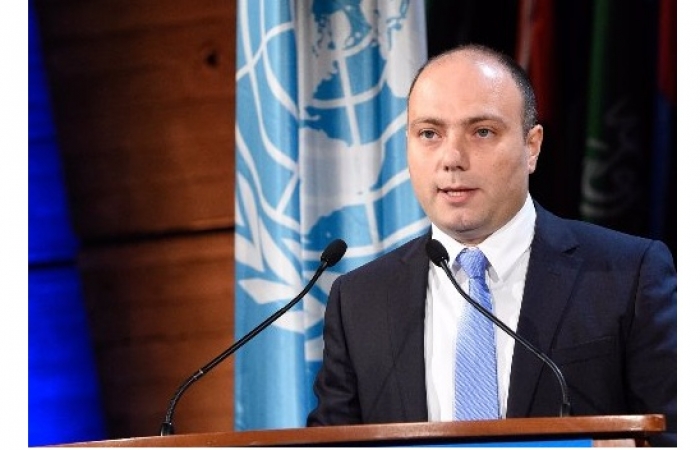 Azerbaijan will promote famous native composer Uzeyir Hajibayli's musical heritage at the international level, the country’s Minister of Culture Anar Karimov told journalists at an event timed to the Day of National Music and the birthday of the composer, which are celebrated on September 18, AzVision.az reports.

"Today is a significant day for us. We celebrate the birthday of Uzeyir Hajibayli and the Day of National Music. We are very glad that our Karabakh, Shusha is free on this significant day. This joy was given to us by Supreme Commander Ilham Aliyev and our victorious army. We returned our culture to Shusha," said Karimov.

He noted that the Day of National Music is also celebrated in Shusha.

The International Festival named after Uzeyir Hajibayli is traditionally held in Azerbaijan, and this year, on September 18-24, in different cities of the country, including Shusha, Ganja, and Aghdam, relevant events will be held, the minister further said.

"We’ll promote Azerbaijani culture, the heritage of Uzeyir Hajibayli, his immortal works both in Azerbaijan and at the international level," he added.

Shusha and Aghdam cities were liberated from Armenian occupation as a result of the 2020 second Karabakh war.