Another group of Shusha residents visit their hometown 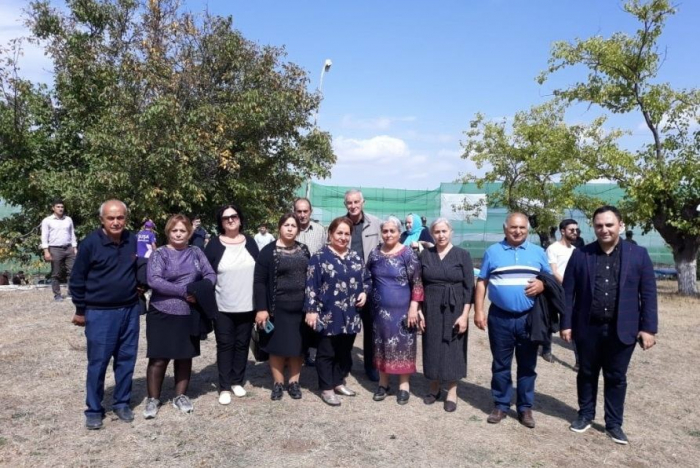 On September 18, another visit of Shusha residents to their native lands liberated from Armenian occupation was organized, AzVision.az reports.

For almost 30 years, the people of Shusha lived longing for their hometown. With the liberation of Shusha city during the 44-day Second Karabakh war by the Azerbaijani army led by the Supreme Commander-in-Chief of the Armed Forces, President Ilham Aliyev, this anguish was brought to an end. Residents of Shusha will soon witness the reconstruction and revival of their hometown.

Residents of Shusha visited Jydyr Duzyu, Fortress walls, Yukhary and Ashagi Govkhar Agha mosques, as well as the shot busts of Uzeyir Hajibeyli, Khurshidbana Natavan and Bulbul in the central square of the city. Then they watched a concert as part of the 13th Uzeyir Hajibeyli International Music Festival.