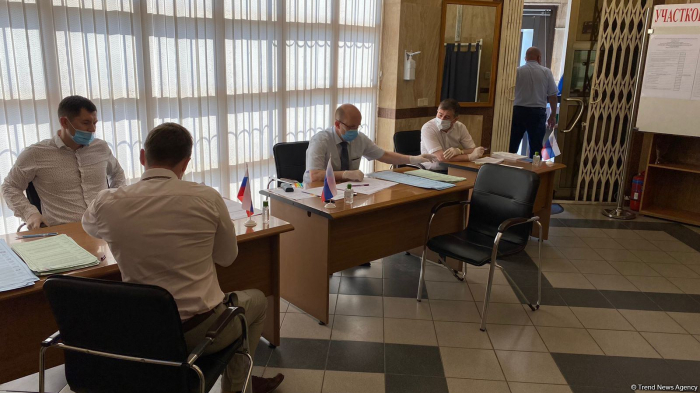 Voting is being held at the Russian Embassy in Baku in connection with the elections to the State Duma on September 19, AzVision.az reports.

The polling station opened at 08:00 (GMT +4), voting will continue until 20:00. As of 12:00 Baku time, more than 110 people voted. Registration takes place upon the fact of turnout, the main contingent of those who voted are elderly people.

The voting is observed by two representatives of the Public Chamber of Russia and one representative of the Baku branch of the International Institute for Monitoring the Development of Democracy, Parliamentarism and Respect for the Electoral Rights of Citizens of the Secretariat of the Council of the CIS Interparliamentary Assembly (IPA CIS).

A week ago, an early vote was held in the building of the executive authority of the city of Ganja.

The State Duma elections take place in Russia and abroad from September 17 through September 19. The State Duma is elected for a term of five years according to a mixed electoral system: 225 deputies – on party lists, another 225 – in single-mandate districts in one round.