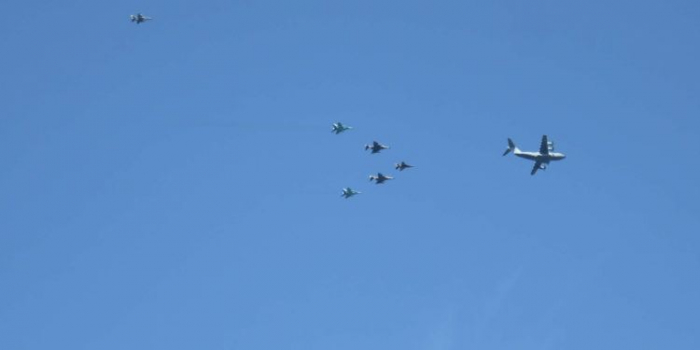 Fighter jets of the Air Forces of Azerbaijan and Turkey will fly over the Bosphorus Strait from 12:00 to 12:30 (GMT+4) on September 21, AzVision.az reports citing the Turkish Ministry of National Defense.

Azerbaijani and Turkish military aircraft will perform demonstration flights within the framework of the TEKNOFEST - 2021 aviation and space technologies festival, which will kick off in Turkey’s Istanbul city on September 21.

Two MiG-29 multipurpose fighters of the Azerbaijan Air Force, in addition to the F-16 aircraft of the Turkish Stars and Solo Turk aerobatic teams, will perform demonstration flights.