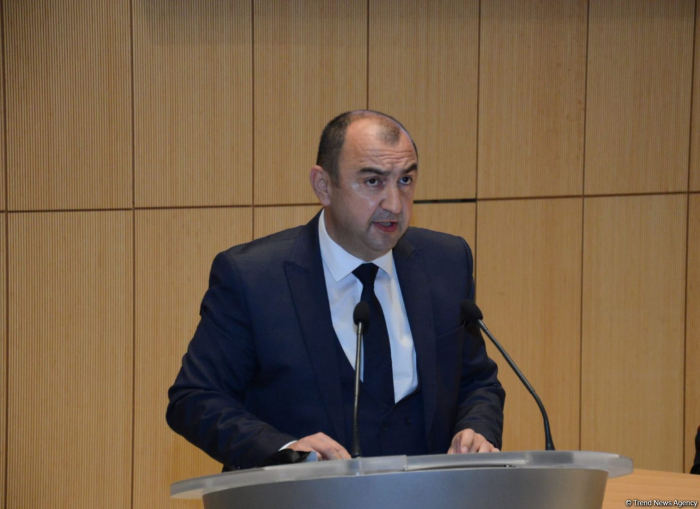 Armenians committed arson on an area of ​​100 hectares during the period of occupation of the Azerbaijani lands (Karabakh and 7 surrounding districts), Deputy Minister of Ecology and Natural Resources Vugar Karimov said, AzVision.az reports.

The minister made the remark at an event on the state of the environment and natural resources in the East Zangezur and Karabakh economic regions.

The deputy minister stressed that the nature, biodiversity, and the whole ecosystem of the liberated lands of Azerbaijan (previously liberated from Armenian occupation) have suffered serious damage.

“Of the 230,000 hectares of forest that existed in East Zangazur and Karabakh before the occupation, 54,000 hectares, that is, 25 percent, have been destroyed. As a result of the exploitation of nature, an ecological imbalance has arisen. Extensive deforestation has led to desertification and destruction of the forest ecosystem, flora, and fauna,” Karimov clarified.

“Before the occupation, over 200 species of plants were found in these territories, which makes up over 42 percent of the Azerbaijani flora. During the 2020 Karabakh war, rockets containing white phosphorus were used in the territory around the city of Shusha. As a result, the ecosystem was seriously damaged,” the official said.

Karimov added that 20 plant species found in this area are endemic species, 127 species of fauna are included in the Red Book.