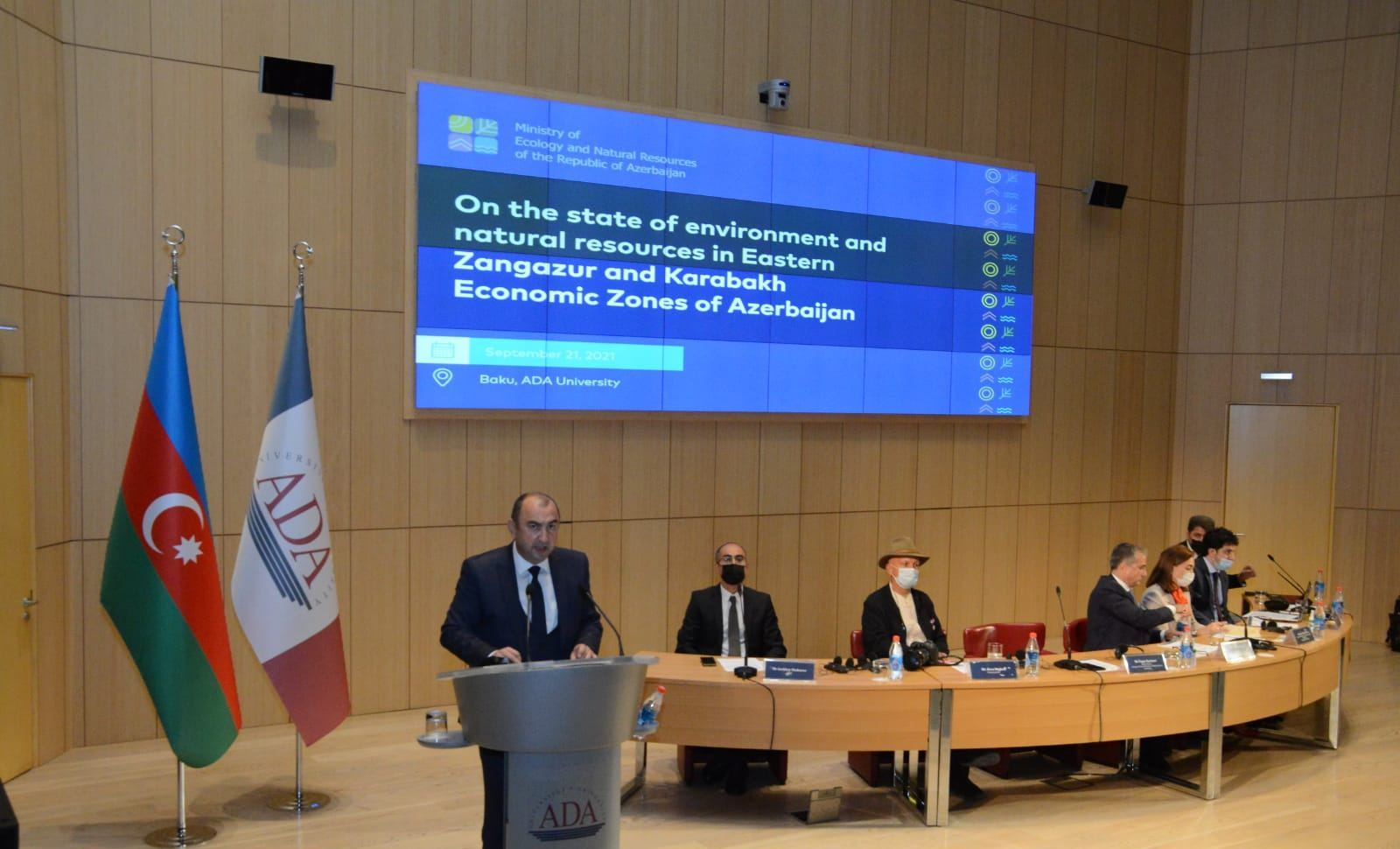 Natural monuments of Azerbaijan destroyed by Armenia in the previously occupied Azerbaijani territories are unrecoverable, Deputy Minister of Ecology and Natural Resources Vugar Karimov said at an event on "State of environment and natural resources in East Zangezur and Karabakh economic regions", AzVision.az reports.

The deputy minister stated that during the occupation, plane trees had been destroyed in most of the territory of the Basitchay State Reserve (Zangilan district).

He noted that serious damage was caused to the ecology of the Garagol State Natural Reserve (Lachin district).

"During the occupation, the water from Lake Garagol had been intensively used for economic and other purposes. This led to a decrease in its level and a sharp reduction in biological resources. During the studies it was found that the population of golden trout was almost completely destroyed," Karimov further said.


The deputy minister also reminded that in 1982, 152 trees from 120 to 2,000 years old, six especially valuable forest areas and six geological and paleontological objects in the region were assigned the status of a natural monument, and they were taken under state protection.

"However, during the occupation, 131 ancient trees had been cut and burnt down. Besides, 288 hectares of forests, in which unique plane trees grew, were completely destroyed," added Karimov.

The conflict between the two South Caucasus countries began in 1988 when Armenia made territorial claims against Azerbaijan. As a result of the ensuing war [the first Karabakh war], Armenian armed forces occupied 20 percent of Azerbaijan, including the Karabakh region and seven surrounding districts.

The 1994 ceasefire agreement was followed by peace negotiations. Following over a month of military action to liberate its territories from Armenian occupation from late Sept. to early Nov. 2020 [the second Karabakh war], Azerbaijan has pushed Armenia to sign the surrender document. A joint statement on the matter was made by the Azerbaijani president, Armenia's PM, and the president of Russia.